You´re dubbing a video? We have great tips for you!

Whether in the cinema or on video platforms like Netflix, Amazon Prime and alugha, people don't want to miss the advantages of synchronized movies. 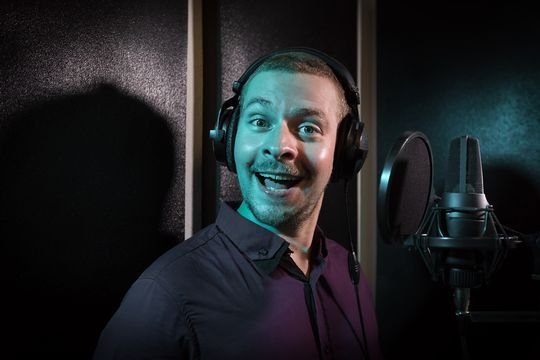 Synchronization is the reason why series like "The Simpsons" and "House of Cards" are that successful. But distributing movies and series abroad hasn't always been so easy. The first movies distributed abroad had been recorded in two languages - the original language and in a foreign one.

To film movies in several languages, the actors Stan Laurel and Oliver Hardy had to learn their scripts in different languages (Spanish, French, German and Italian) with the help of language coaches. During the filming the text was written phonetically on large cards and the cast consisted mostly of people from the respective countries, depending on the version filmed.

The versions in foreign language were also edited differently. Some had longer scenes and many did feature additional scenes that weren't available in the American original. This solution was obviously not very economic and in 1930 Jacob Karol invented a recording system that allowed to synchronize audio with the image. It was the birth of dubbing.

Today, new technology changed the situation. It's much easier to offer videos in different languages for different markets. With alugha you can combine all languages worldwide in one single video and publish it on websites, social media or own platforms, reducing loading time, data traffic and storage space.

Before you start synchronizing a video, you must first decide what type of dubbing you'll apply: time or lip sync?

While translating you need to pay attention to the language and the society and culture behind it as well as what message really needs to be transmitted. We have some tips for you:

At alugha we offer you every support you need to make your video multilingual - from choosing a language to transcription, dubbing, hosting and marketing of your project. Just write us an e-mail if you're interested.

Or create your own free account and get your hands dirty, already! Join our multilingual universe!