Multilingual online courses as next logical step towards global education

Technologies developed by startups can help to bring high-quality education as well as basic education to countries that don’t that much place importance on education.

The introduction of new tools due to advances in technology have changed the way we learn. Flexibility and overcoming geographical and linguistic barriers are becoming more important in the education sector, and maybe this will improve the quality of education in some countries.

In the past, courses at universities such as Yale, Stanford or Harvard were exclusive to students who had the time and money and were fluent in English. This has changed and universities are offering content in more than one language to reach a more global audience.

If you offer a course in only one language, you’ll also only reach students who speak this language. But if you offer an online course in several languages, you could reach the whole world.

Matheus Souza, a digital nomad, can tell you about it: he had difficulties finding students who were interested in one of his courses at the university he worked at. After a while, he offered an online marketing course and reached many Portuguese-speaking students.

Some of the top institutions in education have already understood how important this is and are offering multilingual online courses. For example, the platform “Coursera”, which is working with 160 of the best universities worldwide, offers courses from American universities with subtitles in other languages.

Alugha offers education for everone all over the world! The content is very diverse and available in at least 2 languages. Math, biology, physics and current topics like global warming, studies about cancer or even cooking videos.

Multilingual videos could help to bring high-quality education to less developed countries or countries with problems in the educational system. According to a study by Unicef, 56% of all websites are in English, and it’s about the same with videos. On YouTube, about 500 hours of video is uploaded every minute, but only 11% is offered in multiple languages. The problem is that many kids and teenagers don’t speak English. Teenagers from developing countries are less likely to go online. 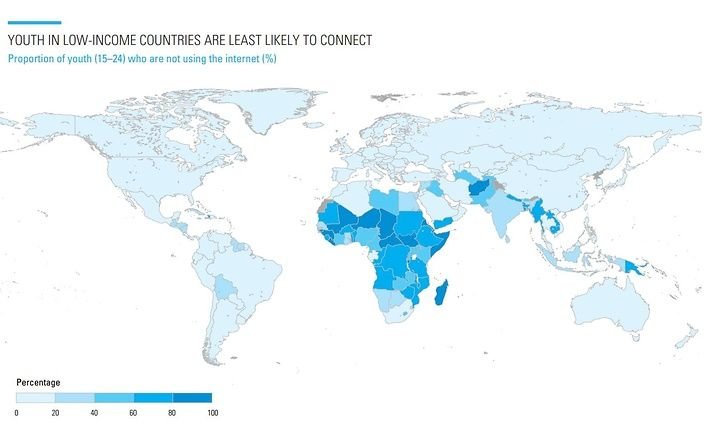 If multilingual courses were offered in countries where only a small percentage of the population speaks English, it would be a huge opportunity for the people in developing countries to develop their skills and increase their chances on the job market.

Nowadays, we don’t only overcome geographical barriers but also linguistic ones. Educational institutions and private people already fight for students all around the world. Souza is one of them. The fact that he reached so many Portuguese-speaking people all over the world was reason enough for him to offer his course in even more languages.

If you’re also interested in reaching the world, alugha can help you turn your course into a  multilingual one. We offer all the support you need from choosing the best languages, writing the transcript, translating, dubbing, and hosting to the marketing of your video project. Just send us an e-mail if you want more info.