Click here to see more videos: https://alugha.com/FuseSchool Waves transfer energy from one place to another. You should already know how to describe them in terms of frequency, wavelength and amplitude. In this video we’re going to look at the two ways they can be classified. Waves are produced as a result of vibrations and can be classified as transverse or longitudinal. Whether they are transverse or longitudinal depends upon how the particles are made to vibrate as the energy passes. Let’s look at longitudinal first. This is where the particles vibrate parallel to the direction in which the wave of energy is travelling. Notice that the ends of the slinky don’t ever leave the hands holding them. It’s only the energy that travels. The places where the coils, or particles, are bunched together are called compressions. Where they are furthest apart are called rarefactions. An example of longitudinal waves is sound. When a drum is struck, the drum skin vibrates, which causes the air particles next to it to vibrate. This causes the next air particle to vibrate, then the next, and so on until the vibration reaches the ear causing the eardrum to vibrate. The vibrating air spreads away from the source, creating a sound wave. Let’s look at the other type of wave: Transverse waves. The hand moves up and down, as does the slinky. But the wave itself moves from left to right. So the particles vibrate at 90 degrees to the direction that the energy is moving. We can simply think of it as, in longitudinal waves the hand pulses horizontally (pushing and pulling) and the wave (energy) also moves horizontally (back and forward). Whereas in transverse waves, the hand moves up and down but the wave (energy) still moves horizontally. Again - the ends of the slinky never leave the hands holding it. It’s just the energy that moves along. Transverse waves are usually used to show the wavelength and amplitude. See if you can remember how to label the amplitude and wavelength on the diagram. The waves on the surface of water are transverse waves; they make the water surface go up and down. All types of electromagnetic waves, like visible light, are also transverse waves. So, now you should be able to describe the differences between transverse waves and longitudinal waves. Remember it is the energy and not the slinky itself that travels. CREDITS Animation & Design: Waldi Apollis Narration: Ian Horsewell Script: Leanne Hawthorne Our teachers and animators come together to make fun & easy-to-understand videos in Chemistry, Biology, Physics, Maths & ICT. VISIT us at www.fuseschool.org, where all of our videos are carefully organised into topics and specific orders, and to see what else we have on offer. Comment, like and share with other learners. You can both ask and answer questions, and teachers will get back to you. These videos can be used in a flipped classroom model or as a revision aid. Twitter: https://twitter.com/fuseSchool This Open Educational Resource is free of charge, under a Creative Commons License: Attribution-NonCommercial CC BY-NC ( View License Deed: http://creativecommons.org/licenses/by-nc/4.0/ ). You are allowed to download the video for nonprofit, educational use. If you would like to modify the video, please contact us: info@fuseschool.org 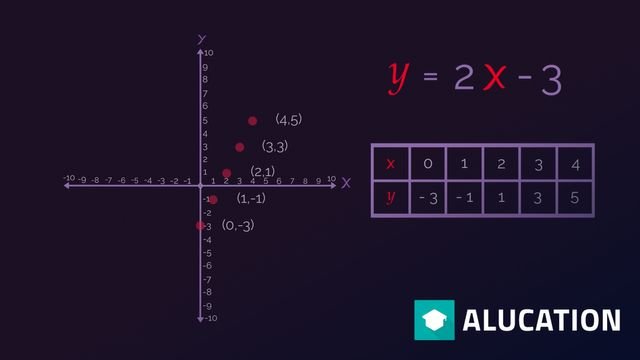 Watch this video to discover how to plot straight lines onto a graph. VISIT us at www.fuseschool.org, where all of our videos are carefully organised into topics and specific orders, and to see what else we have on offer. Comment, like and share with other learners. You can both ask and answer que 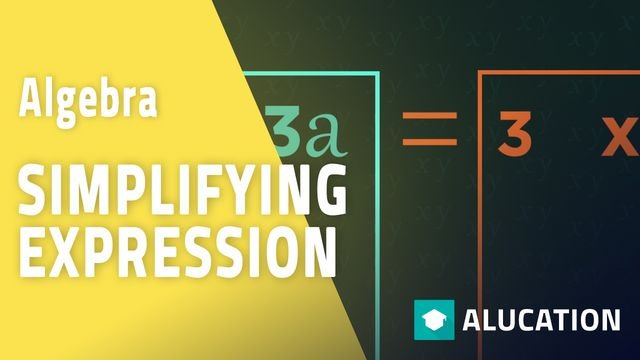 Click here to see more videos: https://alugha.com/FuseSchool In this video we’re going to look at how to simplify algebraic expressions. Before we get started on simplifying, a few things to remember: (1) we always use a use a curly x for the letter x in algebra. (2) We don’t really use the mul 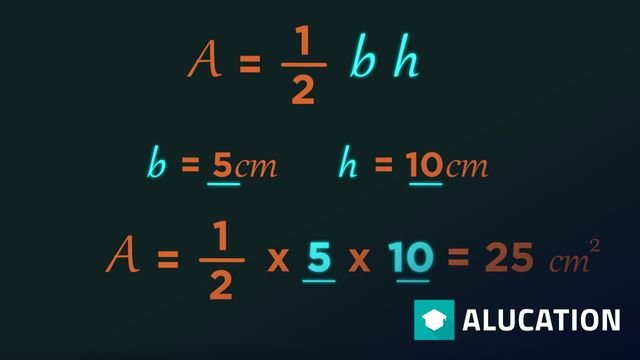 In algebra, we replace a letter with numbers in the process known as substitution. Given the formula A = 1/2bh, if the base is 5cm and the height is 10cm, then the area is ½ X 5 X 10 because we have replaced the b with 5 and the h with 10. You just need to be be careful with negative numbers: it is