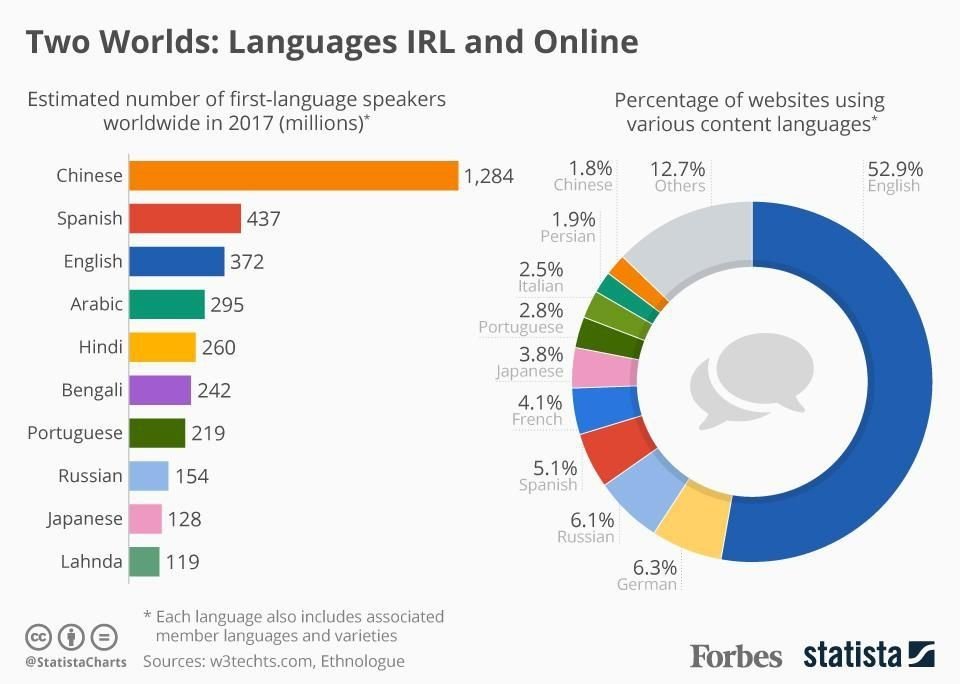 The number by itself is already very impressive and terrifying at the same time, so that you might think that Chinese alone will make you a global player in no time. 1.28 billion people are native Chinese speakers and therefore they are the biggest language family in the world. Anyone who thinks English is a close second is wrong, because the second place goes to Spanish, which is still well behind with 437 million native speakers. English can only claim third place with 374 million people.

So the world would be super easy if we just focused on that aspect. Like everything in life, the world is more complicated than that because the really relevant figures "tell" a completely different story. Although we are talking about an unbelievable large number of people, the percentage of internet users is just 1.8%. So if you really want to score a big coup, you must use English as the main language. Because more than half, 52.9% of all websites are visited and available in English. If you want to continue to follow this rule, you use Spanish next. But that's also a little misconception, because German is still in 2nd place with just 6.3% of all languages used on the internet before Russian with 6.1% and Spanish with 5.1%.

But how can that be? Russia is the biggest country in the world and China has the largest population, but this doesn’t reflect the infrastructure nor the progress in the country. While big metropolitan areas such as Beijing, Shanghai, Moscow and other mega cities are bursting with modernity, things look very different in the peripheral areas (which are certainly still unbelievably big in China!). Germany, on the other hand, is a thoroughly industrialized country and belongs to the G8. Germany is one of the economically strongest countries in the world and therefore it is not surprising that the language is the second most used on the internet.

So if you want to make a website and/or offer a service for an audience as big as possible you must not disregard the languages. It might certainly be that Spanish or Chinese are not relevant but, on the other hand, maybe French and Persian and Arabic are. This has to be decided individually. Either way, it is essential to know one's target groups and their languages. Because only those who “understand”, can understand what it is all about! Languages aren’t even limited to a single or a number of countries. Spanish, for example, is spoken in Spain as well as in a lot of Souths American countries. If you visit Los Angeles, you will notice that you'll certainly always manage with English but that more than half of the people there are native Spanish speakers. Generally, the South of the USA and California speak a lot of Spanish.

Eventually, this is particularly important for multilingual videos. While translating articles is one thing, videos add additional aspects and costs. So you want to think carefully about target groups and which languages they speak. We constantly collect data in which country a video is viewed in which language and if the language was switched to a different one. We are happy to help with the analysis and the project “multilingual videos”.

This article has been written by our CEO Bernd Korz.

Thanks a lot to Niall McCarthy from statista for his article I took the information from. 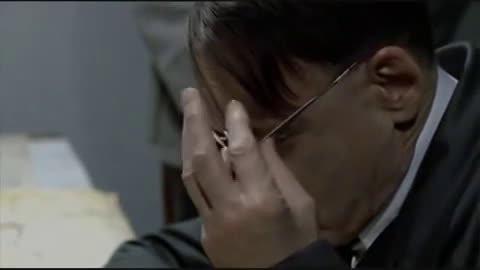 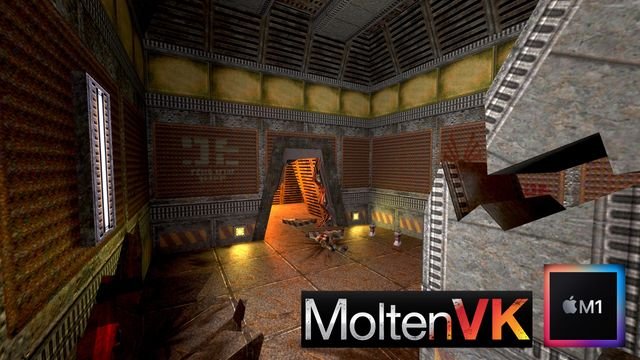