Click here to see more videos: https://alugha.com/FuseSchool CREDITS Animation & Design: Joshua Thomas (jtmotion101@gmail.com) Narration: Dale Bennett Script: George Dietz From about 2 million years ago until 13,000 years ago there were several human species inhabiting the earth. In fact, 100,000 years ago there were at least 6 different human species! Today there’s just us: Homo sapiens. In this video, we’re going to look at some of the key moments in our population growth, and what the future looks like. Our species, Homo sapiens, first evolved about 200,000 years ago in East Africa. And slowly started out-competing our human cousins. And about 13,000 years ago our final cousins went extinct. During the past 200,000 years, we’ve grown from 1 person to the 7.5 billion today. Homo sapiens’ population started to boom about 70,000 years ago, driving the other human species to extinction. Our ancestors conquered all corners of the earth and started inventing impressive objects. The most widely accepted explanation for our ancestors rapid success is a huge improvement in our language abilities, and therefore communication and ability to share information. 12,000 years ago, at the dawn of agriculture, there were about 5 million people alive. Our ancestors started farming some plant and animal species, to provide them with a reliable supply of energy. This changed how we lived. People settled permanently around the fields, and population began to grow much more quickly than ever before. We took 2 million years to reach 5 million people, and then 10,000 years to reach 1 billion people. And that’s nothing compared to what was to come! 200 years ago, the global population was about 1 billion people. Now we’re at a huge 7.5 billion today. And still, every year, there are 83 million more people living on this planet. That’s the population of all of Germany! It started with a further agricultural revolution in Europe in the 1700s, and then the industrial revolution of the 1800s. The invention of the steam engine, increased food production, better employment rates and wages, improved quality of healthcare and standards of living have enabled a massive population boom. In simple terms, because there was more food and clean water to go around, less disease and better medical care for the sick, meant fewer people died. People that would otherwise have died, survived increasing the population. They then had children themselves, further increasing the population, and so the story goes on. We’re expected to be over 11 billion by 2100. But the truth is nobody is certain. To support the growing population, the world’s economy is expected to triple in size in this century alone. All of this is a massive challenge for the Earth’s natural resources, biomes, and wildlife. The population could continue to grow at its current rate, creating a world population of over 10 billion in the next 30 years. For this to happen, there needs to be enough food, water, shelter, and that hygiene and medical care is good. Or maybe global population decreases. There might be insufficient resources to share. Maybe food and water become scarce or not enough housing for everyone or medical care, that prevents diseases and saves lives, may not be available to everyone. Maybe our irresponsible use of antibiotics today could result in a global epidemic in the near future. Or our human-induced climate change could result in serious drought or damaging floods, thus bringing famine or disease with it. VISIT us at www.fuseschool.org, where all of our videos are carefully organised into topics and specific orders, and to see what else we have on offer. Comment, like and share with other learners. You can both ask and answer questions, and teachers will get back to you. These videos can be used in a flipped classroom model or as a revision aid. Access a deeper Learning Experience in the FuseSchool platform and app: www.fuseschool.org This Open Educational Resource is free of charge, under a Creative Commons License: Attribution-NonCommercial CC BY-NC ( View License Deed: http://creativecommons.org/licenses/by-nc/4.0/ ). You are allowed to download the video for nonprofit, educational use. If you would like to modify the video, please contact us: info@fuseschool.org 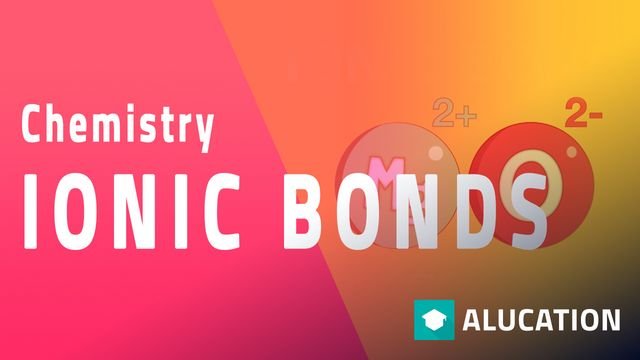 What are Ionic Bonds? | Properties of Matter | Chemistry | FuseSchool

Click here to see more videos: https://alugha.com/FuseSchool In this video you'll learn the basics about Ionic Bonds. The Fuse School is currently running the Chemistry Journey project - a Chemistry Education project by The Fuse School sponsored by Fuse. These videos can be used in a flipped class 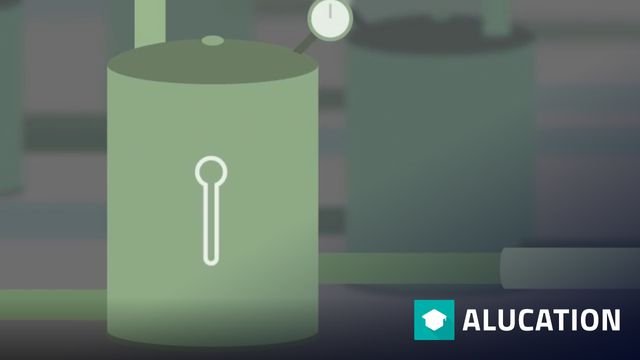 Click here to see more videos: https://alugha.com/FuseSchool Learn the basics about the principles of green chemistry as part of the environmental chemistry topic. This video is part of 'Chemistry for All' - a Chemistry Education project by our Charity Fuse Foundation - the organisation behind The