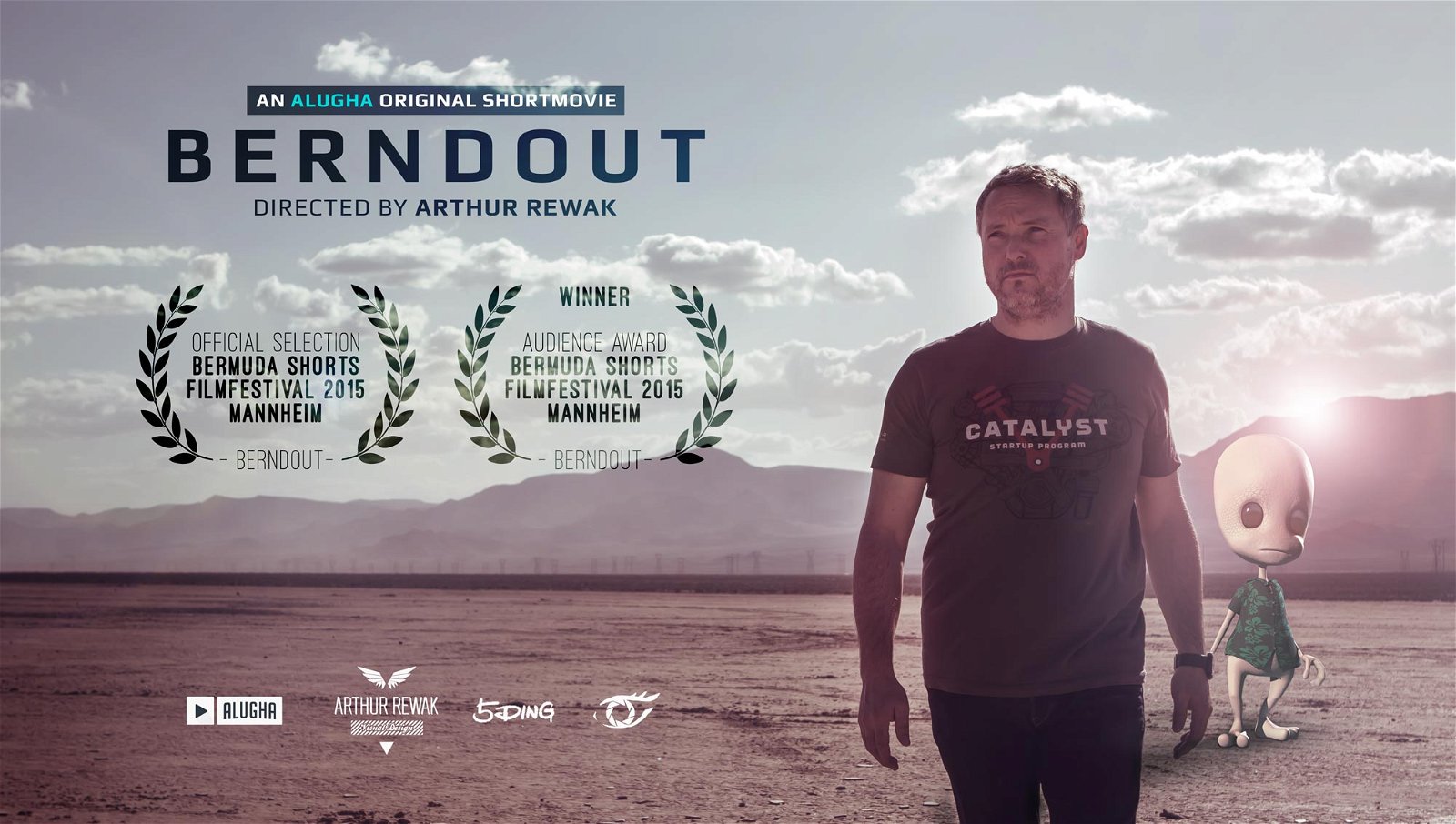 No sooner said than done: A few days later Arthur and Bernd stood in the sheer vastness of the Mojave Desert shooting their first scene. Subsequently, they watched and cut the footage for hours - and they were thrilled about the result. The first two minutes of the movie, in which Bernd meets an alien in the middle of the desert, were finished.
From then on it was clear: it should become a complete short movie. In cooperation with the alugha team in Germany, the story was further developed. Bernd and Arthur shot more scenes and the rest of the footage was produced at home in Germany.

With Arthur as director and Bernd as lead of the movie, two important roles were occupied, but the production of a short movie requires more. 3D animator Manuel Ding, developer Steffen Petri together with video and organisation artist Katarzyna Paruszweska made the team complete. The alien, which painted the town red with Bernd in Las Vegas, was brought to life by Manuel: he animated the extraterrestrial in 3D. Steffen was in charge of the sound - thanks to him, “Berndout” is available in Dolby Digital. Katarzyna took care of the production management. Also involved from the alugha team was Daniel Kilian who took over the English dubbing of the bartender.
Manuel, Katarzyna and Arthur wrote the screenplay and drew some sketches together.

The subconsciousness of Bernd, who is stretched thin in everyday life, pulls the plug. It shows him in a fascinating way that life is not all work.
So he ends up in the middle of the desert in Las Vegas, goes on tour through Las Vegas with an alien and eventually finds himself again.

The time had come at the international short film festival BermudaShorts in Mannheim from September 23-26, 2015: “Berndout” premiered in Cineplex’ cinema hall 3. A total of 27 short movies from all over the world were shown... including Haifa (Israel), Qingdao (China) and Windsor (Canada). The audience and the expert panel each awarded one winner. “Berndout” convinced the audience and received the audience award, which we are very proud of :-)
Apart from the presentations of the short movies, specialized workshop were held with international speakers. Even our CEO/CTO Bernd held such a workshop. It was about global reach via multilingual online videos and the alugha tool itself. We are pleased about the positive feedback we received and that so many people showed interest in the topic.

After the end of the festival tour (expected early next year) the complete short film will be released - of course multilingual: in German, English and Klingon.
Until then: anticipation is the greatest pleasure :-)