Babies recognize melodies of speech already in the womb. As newcomers on earth they use all their senses to learn language. But the path to language is long. Children achieve it mostly if their parents support them patiently. 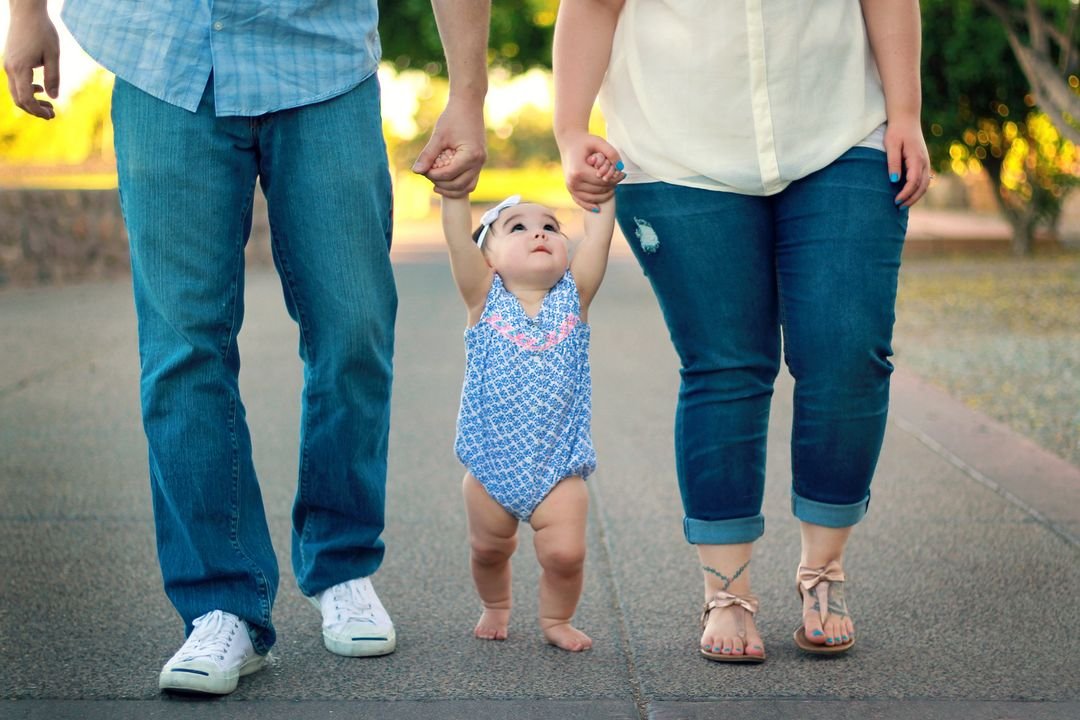 First up there's the mewling, the trembling squawking, with which human babies make themselves vocally noticeable for the first time. When the little ones leave their babyhood behind at the age of about two, they usually master over 50 words which they can combine into two word sentences - in one or more of the world's 6,500 languages.

Proud parents all over the world are fascinated by the way the universal brabbling of their little ones develop into a complex set of communication tools. A father that wanted to explore this development in more detail is Deb Roy from the Laboratory for Social Machines at the Massachusetts Institute of Technology (MIT). Even before his son was born, he wired his house with microphones and cameras and recorded everything from the first day of his son's life - a gigantic 90,000 hour long home video. In a highly acclaimed TED-Talk in 2011, Roy showed how the birth of individual words developed from the "speechome". He documented, for example, how the word "water" developed from the brabbling sound "gaga", and also in which rooms talking to which person this process took place. However, it's still not sure if this experiment will uncover new knowledge about the process of learning language; the analysis goes on.

It starts with listening

Fortunately, thanks to many other studies, we already know quite a lot: unborn babies listen to their surroundings in the womb. From the 24th week of pregnancy fetuses react with movements or changing brain activity to sounds and can distinguish between different sounds a little later. Even extremely young preemies, whose cortical connections are still very immature at birth after only 29 weeks, can distinguish between syllables and men's and women's voices.

It is precisely the underwater acoustics of the uterus that have slipped away and babies already reliably prefer their mother tongue and even specific stories their mothers had read to them repeatedly during the last third of pregnancy.

You can find traces of the prenatal listening in the baby’s articulation later on. The squeaking of the newly delivered earthlings, which sounds so similar on first hearing, turns out to be culturally colored on a closer analysis. French newborns emphasize their language melody rather at the end in conformity with their native language, whereas Germans emphasize the beginning more strongly. However, these roots for language have nothing in common with the understanding of words or even sentences. At the beginning a child learns the prosody, the sound of language.

During the first four months of their lives, children develop a quite impressive sense for familiar sounds. Each language, for example, consists of 10 - 65 elementary sounds or phonemes that differ in meaning; in German there are about 40. The growing familiarity with these phonemes and their sound progression enables babies to recognize irregularities in patterns. Meanwhile, they synchronize their own sounds to the sounds they're hearing in their environment and start to produce first syllables, that shortly after are repeated in typical monologues.

The eyes are listening

These first steps of the language acquisition do not take place by any means only with ears and voice; the eyes are also listening. Within their first year of life, babies show a very high sensitivity towards foreign language. They can immediately recognize if the speaker in a muted video switches the language. If the parents are deaf and only speak to their children with sign language, these babies soon learn to "brabble" with their own hands - in contrast to their peers with normally hearing parents, they use their hands more rhythmically and precisely.

Also, later in their development, you can see clearly how closely a baby's sensitivity for communicative signals and the stimuli actually transmitted by their environment interact. If a baby, for example, only hears one language within its first half year, the ability to differentiate language by lip-reading disappears. Children who are raised bilingually - and this ability remains obviously important - keep this ability. Interestingly, Japanese children who are raised monolingual, lose the ability to distinguish between "r" and "l" at the age of 10 months, although they are able to do so until they are seven months old. 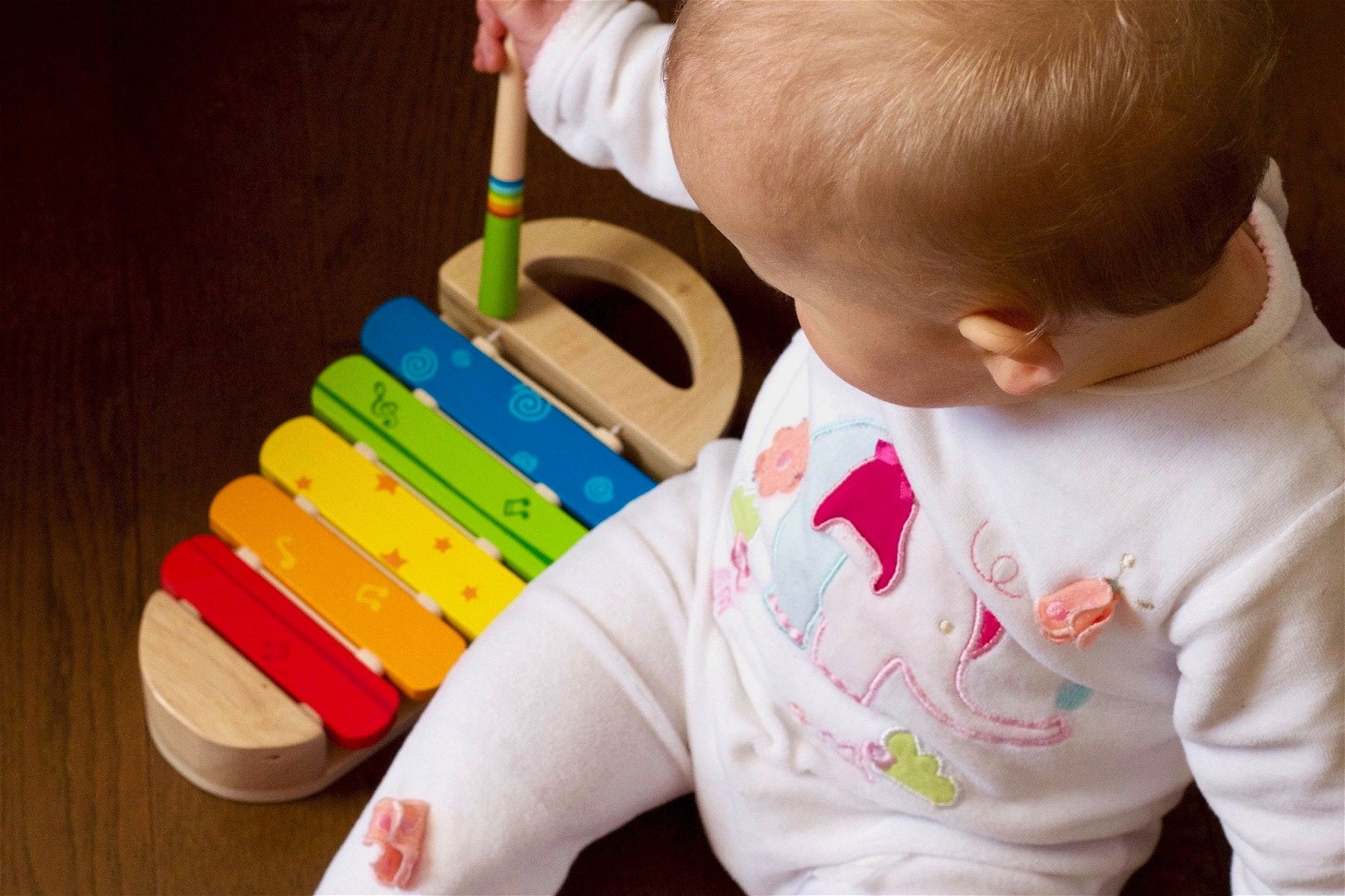 The growing specialization is rewarded. At about nine months of age, children develop a semantic understanding and begin to relate to the meaning of words. Only a few weeks later, most babies achieve the magical moment: they articulate their first word. Naturally, the first words are people and objects from their close environment, like "papa", "mama" or "ball". Abstract words like "free" or "idea" only find their way to the children's vocabulary much later.

With the first word, the chain reaction of the childish-adult duet no longer has a hold.

As soon as the first word is spoken, or at least was heard with a lot of parental imagination, a strange change in the way people speak to the baby takes place. They tend to fall into the often ridiculous sounding "baby language", speaking more slowly with easy sentences and word structures and emphasized articulation.

Scientists believe that the higher clarity of words helps babies fine-tune their own language. Deb Roy, for example, observed that the adult's thoughtfulness in speaking had peaks with every new word his son learned. "We unconsciously restructured our own language to meet him at the birth of a word and gently bring him to more complex language", he says.

The impact of adult speaking partners becomes obvious in the next learning phase from 2-4 years, when children develop their ability in speaking due to a rapidly growing vocabulary and an improving understanding of syntax. Whilst two year olds mostly use words of daily life in two words sentences, most three year olds master grammatical differences with verbs, adjectives and prepositions. At the same time, we can measure differences that are less effected by the potential ability to speak based on your genes, but rather with what the child hears in everyday life. In an American study, three year old children from socially disadvantaged families had heard 30 million fewer words in their life than children from more privileged families. This gap was also noticeable at primary school in the form of weaker language skills. Even small differences can have a huge impact. If you compare families with similar education levels, in which the mothers talked a lot with their children, it showed that children with uncommunicative fathers, talked less than the children with more chatty fathers.

However, parents whose offspring take their time talking do not need to worry right away. There are late bloomers who often catch up around their third birthday. And for children who actually need more support, you can find a variety of options. They all share one thing in common with normal language support in everyday family life: to improve a child's speaking abilities, you need to talk with him or her. Sitting them in front of a screen to watch videos or listen to stories won't help them improve.

Tech-fans can look forward to some innovations that can help children improve their language. Approaches like the recently presented TalkBetter-System in Korea or the Providence Talks System in the USA rely on recording the conversations between child and parents to provide the parents with tips how they can improve their communication with the child to improve its abilities. And if you're not happy with this, you can wait for the next robot generation: during a two months trial phase, cuddly and socially sensitive „DragonBots“ achieved some success in enlarging the vocabulary and overall language understanding of kindergarten children using interactive storytelling games.

Dr. Nora Schultz - Journalist, B. A. Biological Sciences, PhD - Biology and communication are two of my passions; in the brain both come together.