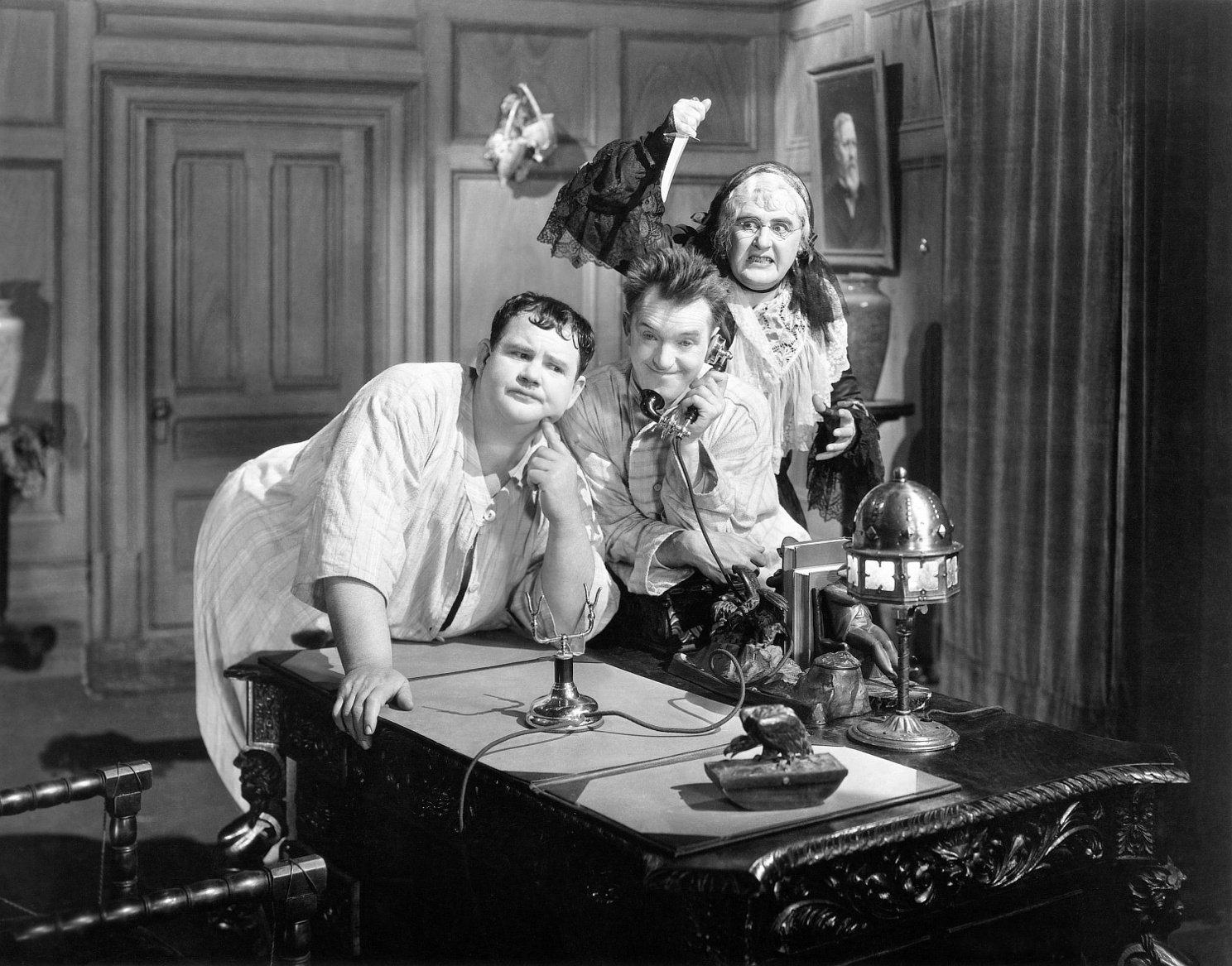 In the German-speaking area the duo was known under the name of “Dick & Doof”since the early 20s. With mischievous pranks that took stupidity and destruction for a ride, the two reached the acknowledgement and love of a worldwide audience. But how could those two celebrities reach such a big success in for example countries like Germany? At that time there weren’t many voice actors and globalisation was not so advanced that English was spoken in most of the countries.

Employees of the movie museum Munich discovered in 2004 in the Moscow film archive the solution of the riddle: one of the first audio movies of the duo, spoken in German. The film has been moved to the Russian metropole after the end of worldwar 2 together with the total film archive of the German Reich. “The Laurel-Hardy Murder Case” of 1930 (in German “Der Mitternachtsspuk”) is so far the only discovered film of them in German. There presumably were between 8 and 10 of those German-speaking versions of Laurel & Hardy movies. Missing things in the copy were replaced with parts of the original English film and therefore a versatile story of both comedians in their first year was created.

But why producing a film in a language both comedians did not speak at all? With the end of the silent film phase and the boom of the audio film, producers were facing a completely new problem. Where so far facial expressions and gestures were granting international succes, a new way of distribution had to be found. But at the beginnig of the audio movies synchronisation wasn’t really famous, a human should not be robbed of their own voice. Film critics were shocked. Same was for subtitles. But how to solve this problem? Most studios chose a much more expensive solution: they produced foreign-language versions of their movies. This means, depending on the number of countries the film was to be distributed to, they had to produce the same number of films. Either the actors were replaced by foreign actors which distorted the film, or they were asked to talk the foreign text - although they did not understand any of it. Thanks to vocal coaches and big blackboards with the written German on it, actors just had to read it out. The workload to build the set up and down again every time was tremendous, in addition the whole film had to be reviewed, re-cutted and distributed.

The magic moment of synchronisation

Sometime even the big studios realised that the cost of production were a bottomless pit due to the multiplication of the movies. Cost for individuality of the voice was the minor evil. This was the magic moment of synchronisation. Since then millions of movies were made available to a multiplicity of people. And this, althought they don’t speak the original film language. Thanks movie world, thanks synchronisation, we wouldn’t be existing without you.