Great news, everyone! As you know, we are constantly developing and optimizing. Alugha is really getting better and better. It is really fun being able to see what our development team is consistently achieving. Again, the list is very long so let’s get down to the nitty-gritty :) 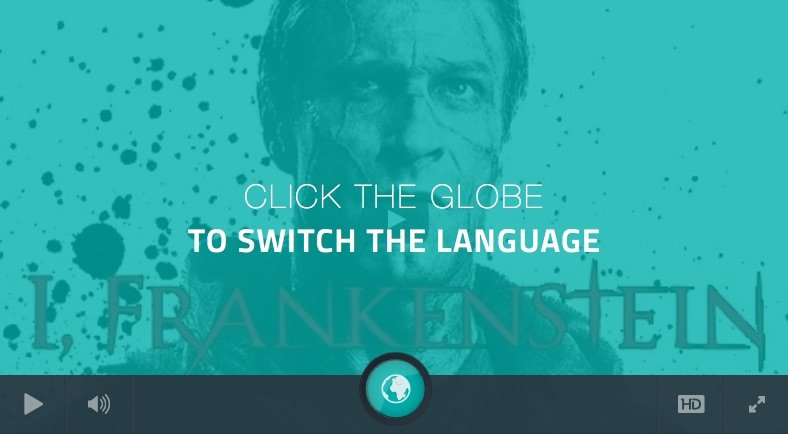 From now on, not only our videos are multilingual and language switching is not restricted to the player. Recently, you can simply change the language of the website at the top on the right. The SVP (Single Video Page) received several improvements in terms of style. The background which is individually selectable per language for a video has been extended so that it reaches the bottom of the text - remember “Ambilight” from Philips? :) We also sorted the video recommendations so that “videos of the same language” will be directly visible, because we are of the opinion that, at first, it is a lot more exciting to watch videos of the same language as the current one.

Regarding the back end, we did a lot of cleaning up. Everywhere, we have found areas where we could optimize and improve. With the previous updates, we introduced the possibility to sort tables. Now, we have extended this to other tables as well. The video overview has also received a filter with which you can filter by different platforms.

Now, our player works much better with Safari, Firefox and Microsoft Edge. Searching within the video has been optimized and the languages will load faster. The performance has also been improved a lot and we have decided to remove the two dashes (“=”) with which the player bar could be displayed. Displaying the entire bar is now done with a mouseover-effect. An error in counting the video views has been fixed so that a reload does not count as a view anymore.

This is our very big update for you. We worked months in order to make your videos even more successful worldwide. Thanks to our big SEO updates, over 3000 videos of the alugha universe have been found on Google within the past 14 days. We also took search engine optimization one step further because now not only ONE video will be found. If a video has 10 languages, it will be displayed in Google as 10 videos. One for each language with their respective title and description. Offering your videos with alugha in at least two languages has great benefits for you and improves your coverage many times over.

The SEO also includes the sharing of videos. Thanks to the update, you can now see the title, the description and the thumbnail of the video in the language in which you share it. This increases attention and even further extends your coverage.

As mentioned above, this update is something really special for alugha and also for all its producers and users. However, we are still far away from where we (want to) see alugha in the future. While you are testing and using the new features we are already preparing the next major update for you.

If you still have no free account at alugha then support us and get a move on! Simply click here and login with Facebook, Google or your mail address in order to use even more features on alugha in the future!
CommentsInsightsShare