Online videos for kids – Entertainment & Education in one! 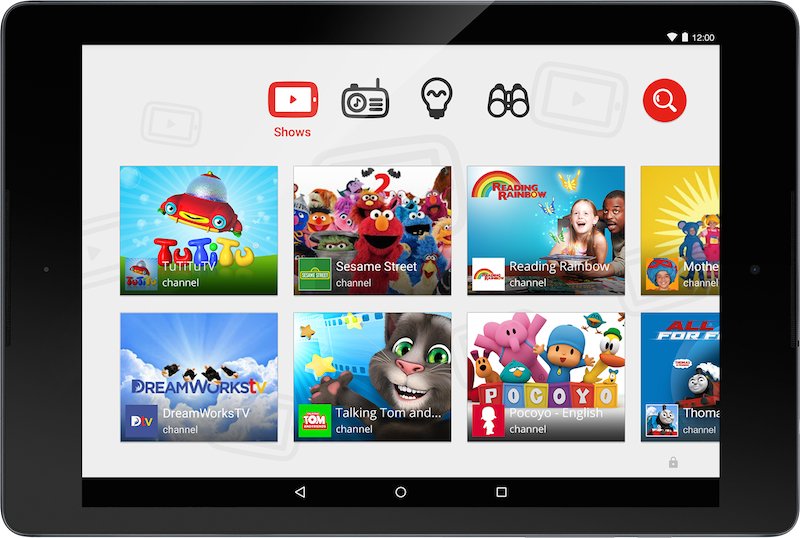 Since February 2015, YouTube has been offering an app which was designed specifically for children: the YouTube Kids app. The app provides family-friendly content from YouTube. Since its release, families have downloaded the YouTube Kids app more than 8 million times in total. Until now, it is only available in the US and a few other countries like New Zealand and Australia. Nothing is known about a release in Germany yet.

The app is split into four categories: Shows, Music, Learning and Explore. As to the content, Google works together with partners such as the YouTube Channels of National Geographic Kids, DreamWorksTV or TuTiTu.
In order for parents to monitor the use of videos of their children, Google has implemented several control functions. For example, by using a timer, they can control how long the YouTube Kids app can be used. Additionally, parents can decide how many videos are available to their children by enabling or disabling the search function. When the search function is turned off, only the videos on the home screen are available.

We also offer a channel on which we provide videos specially tailored to children: the KidsSpot. Currently, there are 23 videos available on the channel with more to come over time. Most of the videos are songs from famous children movies and series, for example, Hakuna Matata from The Lion King, the Maya the Bee opening or the gummy bear song.

Special about the whole thing is that all videos are available multilingually. You can easily play them in different language versions by clicking on the blue globe and selecting the desired audio track. Therefore, children have the opportunity to watch the videos in their mother tongue first to understand the meaning of the content. Subsequently, they can watch them in one or more foreign languages. Doing so, children can not only be taught a better sense of other languages, but also learn something new through play.

We have an example video for you from our alugha KidsSpot: the short video “Double Bubble” from the children's animated series Pocoyo. It is available in 9 language versions including German, English, French and Italian.