Origin of the Catalan language

Learn about the origins of the Catalan language 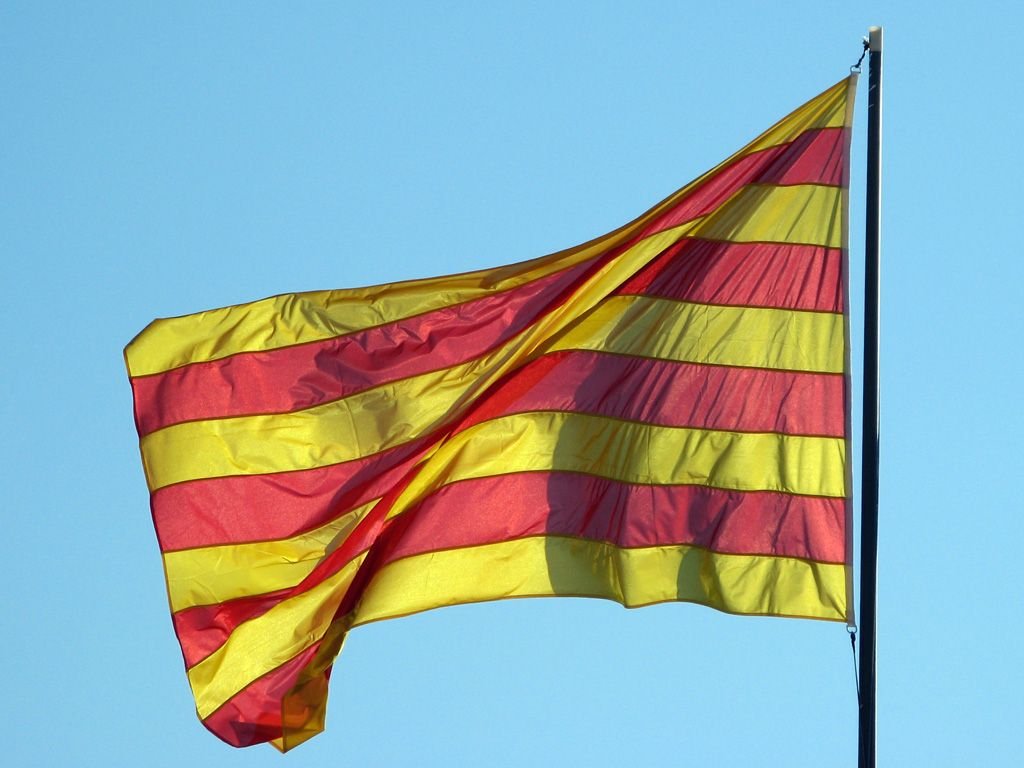 Surely you have heard a lot about Catalonia lately, but do you know anything about the origins of Catalan?

From the year 1000 to the 218 BC, different communities, with their different languages, settled in the current territory that conforms Catalonia. These languages, spoken before the Roman Empire established in the Iberian Peninsula, conform the substrata of the Catalan language and are: Greek, Celtic, Phoenician and Iberian-Basque.

The territory romanization started in the 1st century BC. Romanization is the implementation process on the territory of the culture, laws, customs and the language of the Roman Empire, which was Latin. Little by little there was a linguistic change on those territories and, after a bilingualism period between Latin and indigenous languages, Latin finally prevailed.

Catalan, like the rest of the Romance languages (such as French, Italian, Portuguese, Castilian, Occitan, Sardinian, Rhaeto-Romanic and Romanian), comes from vulgar Latin, which etymologically means “popular”, spoken by soldiers, settlers and merchants of the Roman Empire and opposed to classical and literary Latin, used by Roman upper classes. Classical Latin differs from vulgar Latin in phonological, phonetic, and lexical aspects, which are often replaced by the popular equivalent. For example, equus (horse) in classical Latin has evolved in Catalan to cavall, cheval in French or caballo in Spanish. However, words like equine, more academic, are based on classical Latin.

With the Empire's decline, its fragmentation and collapse during the fifth and sixth centuries, so did the unity of Latin. In other words, the spoken variations of Latin became more isolated from each other, with the western dialects being confronted with strong Germanic influences (from the Goths and Franks) and the eastern dialects with Slavic influences. During this period Catalan uses lexical elements from both Germanic languages and Arabic, which form the superstrata (linguistic elements after the Roman Empire) of this language. This medieval Catalan was very close to Occitan or lenga d'òc.

In the 7th century the Moors occupied the peninsula but by the 8th century, the Catalan counts expanded their territory southwards and westwards, bringing their language with them at the expense of Arabic and Mozarabic. However, Arabic superstrata had less influence on the territories known as the Old Catalonia, those known as Marca Hispanica, a buffer zone near Barcelona, established by Charlemagne in 795 as a defensive barrier between Al-Andalus and the Carolingian Empire.

The Carolingian Empire promoted the Christian-Latin culture through the Renovatio Carolingea which intended, on the one hand, to improve the written Latin redirecting it to classical models and, on the other hand, should lead the spoken Latin to the adequate pronunciation of the classical written Latin. These actions made people conscious about the evolution of what they spoke (a Romance language) and Latin.

Several feudal documents, as oaths and complaints, written in a very poor Latin began to exhibit elements of Catalan in the 9th century. In the same century, during the Council Tours, the church decided that sermons should be translated into rustic Romanam lingua so parishioners could follow the Word. The first texts written entirely in Catalan appear in the 11th century. The Homilies d'Organyà constitutes one of the oldest known literary documents in Catalan. Later, Ramon Llull (Mallorca 1232-1315) the author of literary prose in Catalan. He is the first European writer using a Romance language to write about philosophy or science which, up to then, were exclusively written in Latin. 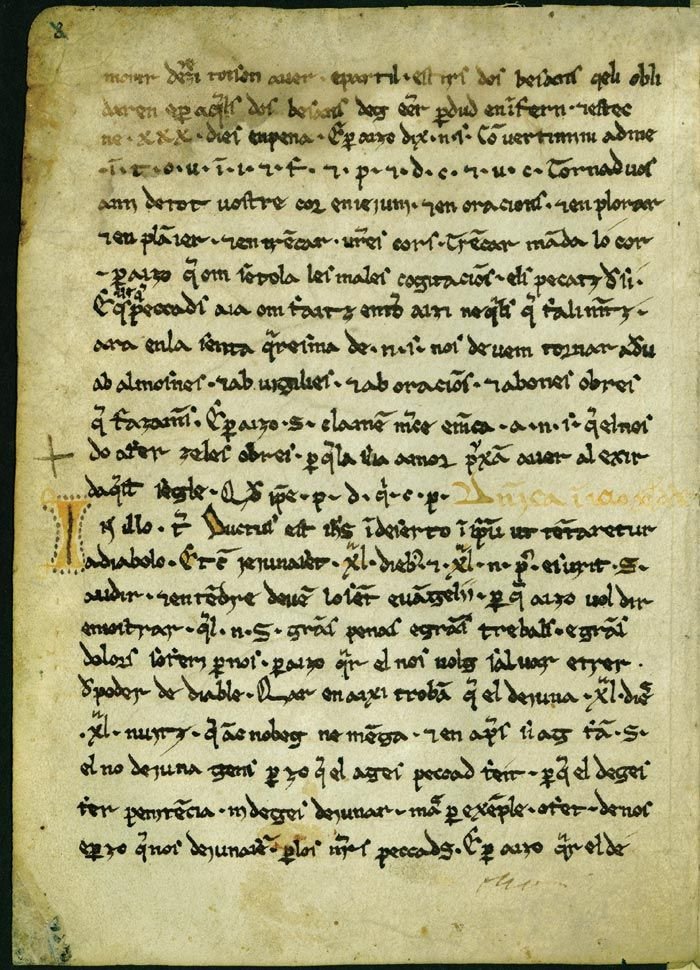 Peter IV of Aragon (1319-1387) realized that there was a strong bond between power and language. Under his mandate, official documents were considered models of correct writing, which finally had a status of an academic language, because it was the language of speeches and documents signed by him. The prose of the Chancellery was an important factor for uniting the administrative and literary language and ended up being an accepted model of the standard form of Catalan.

The following map shows the evolution of Catalan and other languages spoken in the Iberian Peninsula from the year 1000 to the year 2000. 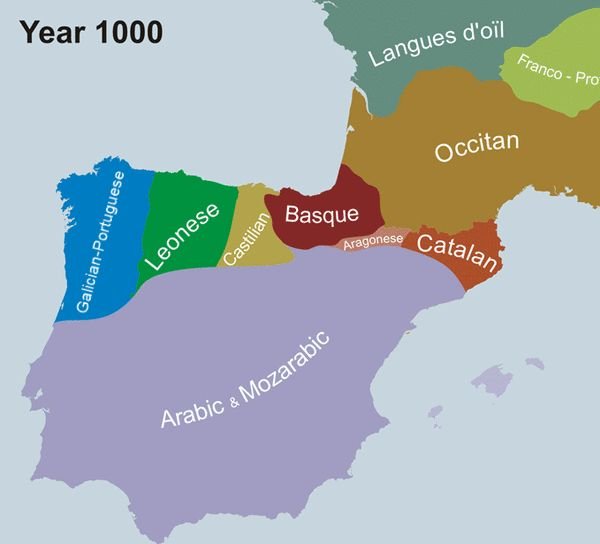 Do you want to try to find the equivalent of vulgar Latin to three Romance languages such as Catalan, Spanish and French? Look at these words: 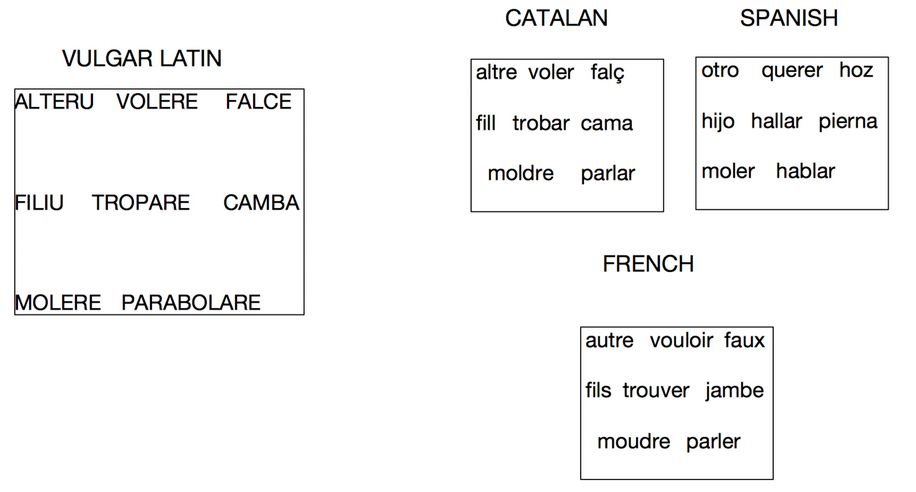 What similarities and differences do you find between vulgar Latin and Catalan? And between the other two languages?

Núria and the alugha team