Why do we talk?

Is there an innate language in our head? Or are we born as a blank page of paper? The truth is probably somewhere in the middle. 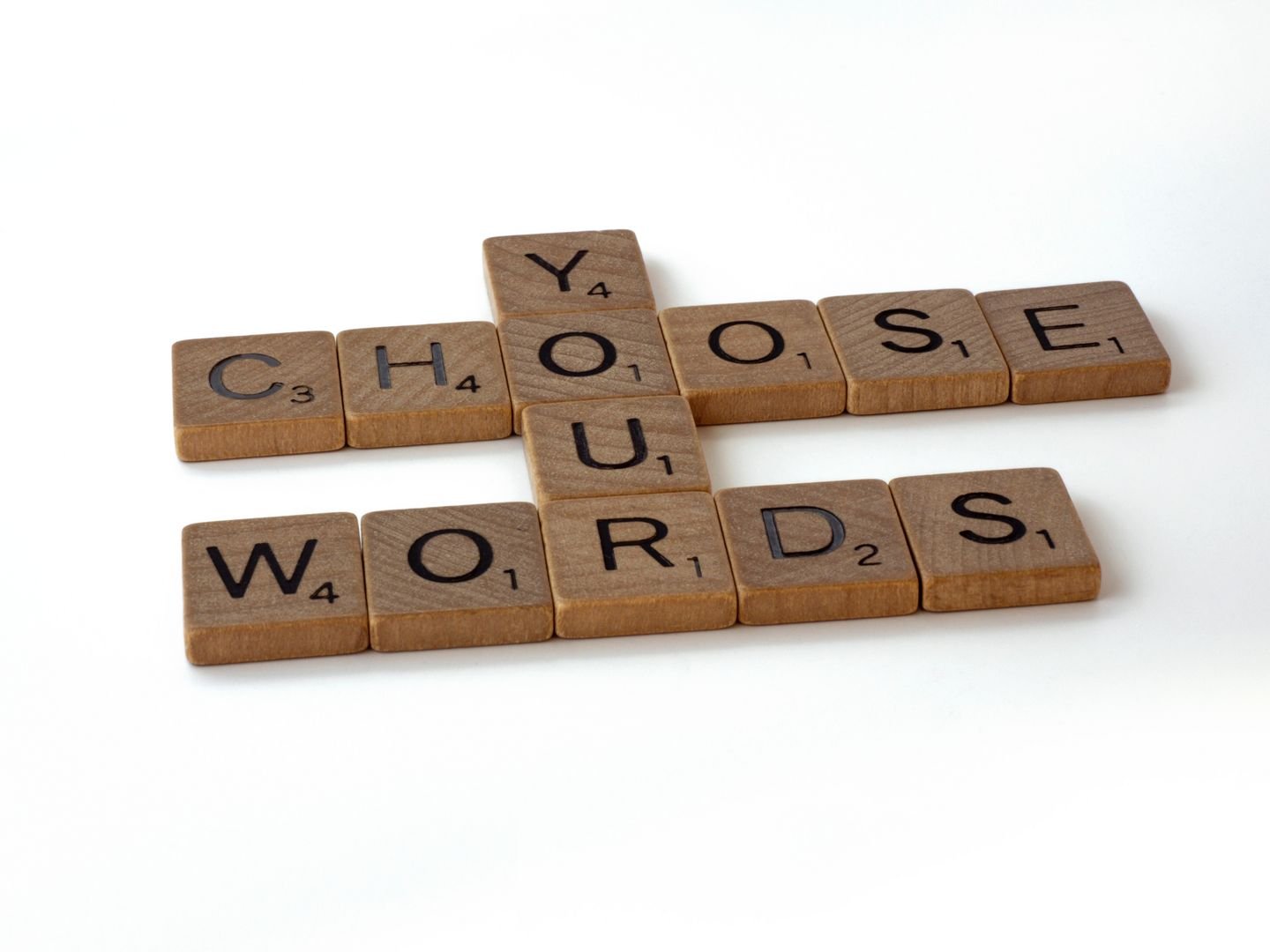 It is said that Friedrich II. initiated a cruel experiment: According to the Franciscan monk Salimbene from Parma, Friedrich wanted to explore in the 13th century which language a human would speak without any influences from the outside. For this purpose, he isolated some babies from the outside world. Although midwives took care of the babies' physical needs, they weren't allowed to talk to them or show any kind of extra attention. Friedrich II. expected that the babies would at some point start talking in Hebrew, Greek, Arabic or in their mother tongue, but instead they all died. Salimbene wrote: "They weren't able to survive without the clapping and happy grimacing and nick names of their midwives".

Until today, people don't know where language comes from. No linguists, psychologist or neuro-scientists. One of the key arguments: are we born with at least elements of language, or do we learn to talk and language due to interaction with our environment? Theories have differed quite a bit over the last decades.

Humans are born as a blank slate that over time gains more and more lines. That's how behaviorists imagined us humans. Representatives of this psychological theory dominant in the first half of the 20th century didn't acknowledge the humans' inner life. They aimed to explain everything based on human behavior. Therefore, they assumed that language is based completely on training. However, like many creatures, we are born with certain mechanisms of learning, but not with concrete elements of speech.

The influential American behaviorist Burrhus Frederic Skinner (1904 - 1990), for example, assumed that a child learns language using association, imitation and rewards. First, he or she would learn that certain combinations of sounds stand for a certain thing or event. Next a child would imitate the parents and in the best case get rewarded for it - e. g. the child says "up" and is actually picked-up by the mother. That way the learning of language is enforced. 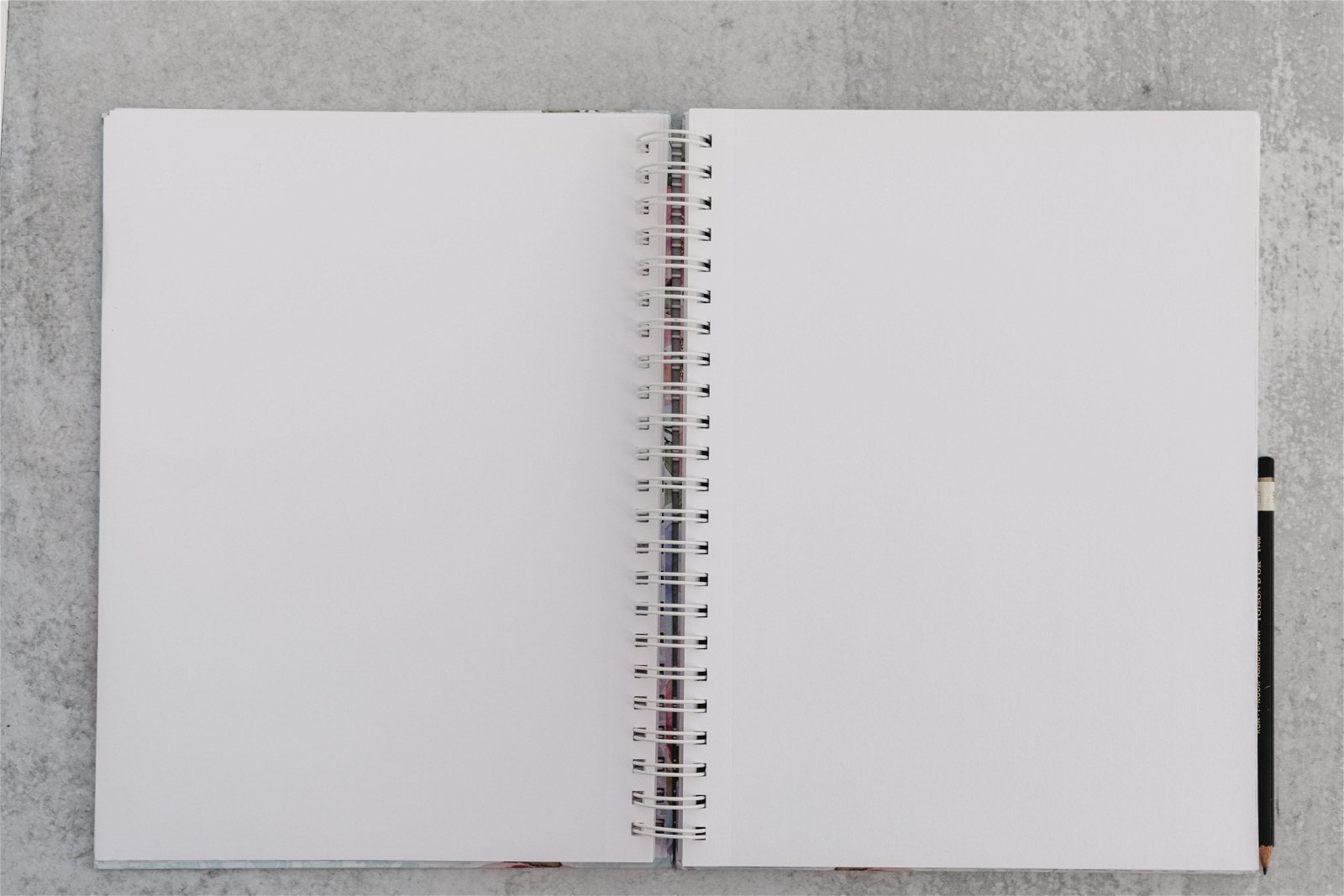 Grammar in the head

Noam Chomsky who today is emeritus professor for linguistics at the Massachusetts Institute of Technology attacked this theory in the early 1960's. He didn't want to accept the behaviorists' theory: the linguistic input a child receives from its environment wouldn't be enough and in part contradictory and false. A child wouldn't be able to extract a language's complex grammar rules from this input!

Chomsky also believed that behaviorism wouldn't consider the unbelievable creativity of language. After all, children under the age of 5 can use sentences they never heard before, even before they had any school training. This means that language goes way beyond imitating what you've heard.

Chomsky's conclusion: given how fast and effortlessly children learn, they must be born with some basic knowledge. Some basic rules that we need to use language. All languages worldwide are based on an universal set of grammar rules. Chomsky also assumed the existence of an innate language organ that in case of failure stops all production of speech and that it would be located in the Broca area of the brain. The linguists' speculative theory also had some opponents. During the well-known "linguistic war" some students and supporters - leading figure was George Lakoff - attacked the scientist in heated debates. They discussed if maybe instead of an universal set of grammar rules, rather a kind of universal understanding of sense, a semantic, is programmed in every human brain. George Lakoff later developed his theories as a pioneer in cognitive linguistics.

Lakoff's critics never became really popular. "If an intellectual story about this time would be written, Chomsky would be the linguist mentioned", said linguist Geoffrey Nunberg at the University of California in Berkeley in an article about this dispute.

Chomsky’s theses in the empiricism test

One reason certainly is the work of the experimental psychologist and linguist Steven Pinker of the Harvard University, who stepped into Chomsky’s footsteps and tried to prove his theses of nativism (from the Latin word "nativus" (innate)). In his book "The language instinct" in 1994 he wrote: "Language isn't a cultural artifact that we learn like reading a watch. It's more like an independent element of our biological brain features."

Pinker had collected numerous pieces of proof for an universal and innate understanding of grammar: there are auxiliary languages reduced in grammar, so-called Pidgin languages with which people communicate at places where two different language families are confronted. When children grow up using such languages they spontaneously develop this language and create an own grammar-obeying language (a creole language). Furthermore, so Pinker, also deaf babies would create their own sign language with grammar rules.

However, empirical research has meanwhile disproved the central assumptions of Chomsky - and also Pinker. Scientists doubt that babies only are offered a poor and partly false language input. "In reality, some adults do much less mistakes talking to an infant than with another adult person", says the development psychologist Claudia Friedrich from the University in Tübingen. "They also talk more slowly with children, repeat their words and talk in short sentences that children can learn much easier." 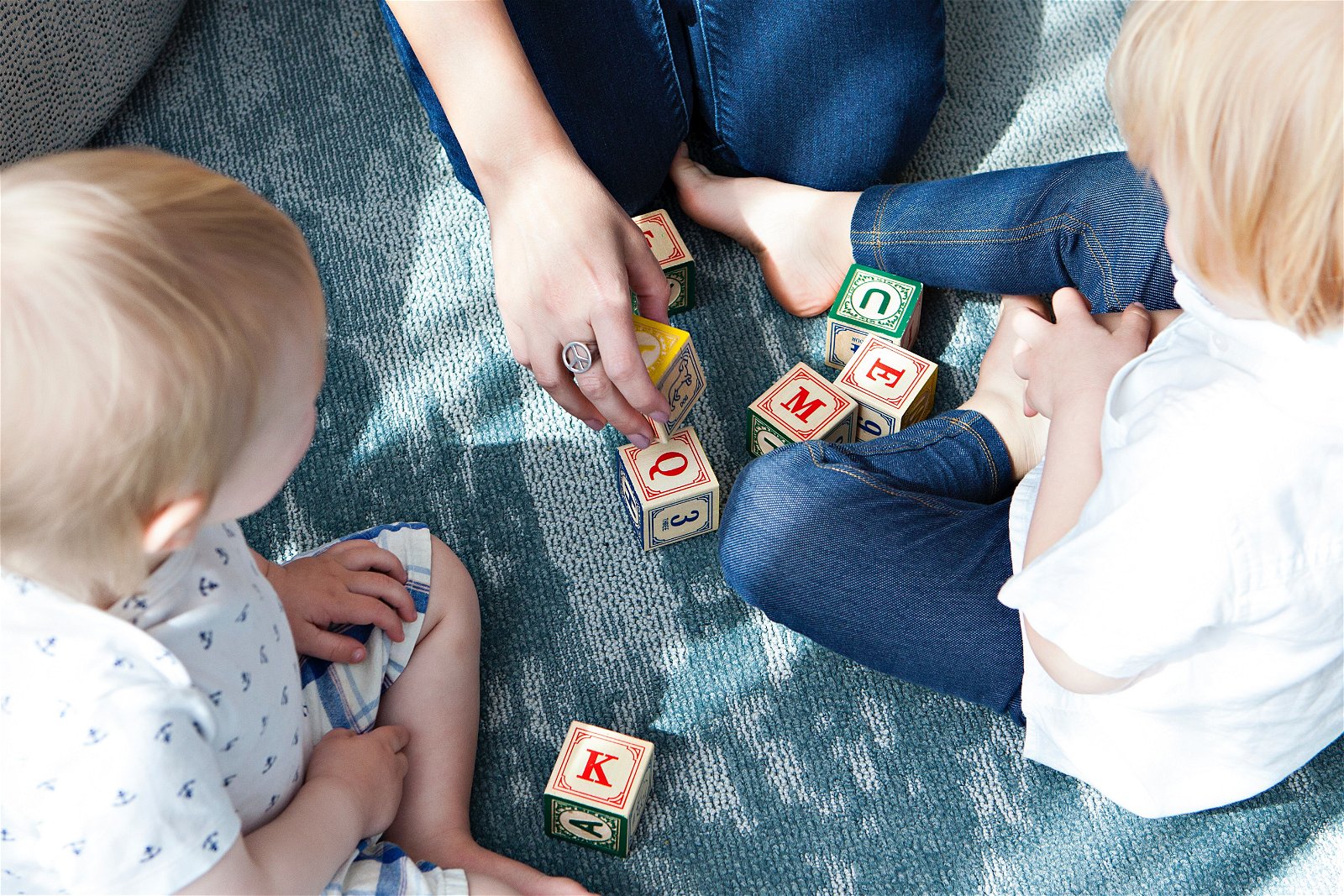 Psychologist Elizabeth Bates (1947-2003) from the University of California has shown with her research that there isn't any trace of a language module in our brain when we are born. Language rather is scattered around the brain and not only located in the Broca area. Bates also found out that damage in the left-brain hemisphere can be compensated in childhood. The right brain hemisphere simply steps in to learn language. This contradicts the theory of a fixed and innate language structure.

Several cognitive skills should exist in the brain anyway that enable to learn language like the memory or the ability to recognize patterns. Bates once compared it to driving a car. Driving a car is a normal human skill that however doesn't rely on any innate skills in the brain but simply on visual and motorical skills. "Language is a new machine built from old parts", Bates wrote in an article. The old parts are the biologically general cognitive performances of humans.

Therefore, we could see Bates approach as kind of a compromise between the extreme positions of the past decades: we create language from the verbal offers of our environment - but with cognitive tools that are ideal to manage the learning process. Biology and environment work hand in hand. This theory supports many of the empirical results from past years. Research will show soon enough if they're correct.

Christian Wolf studied German language and philosophy at the University of Würzburg. During his philosophical doctorate he lost some nights of sleep pondering about the question if this smelling, tasting world outside only is a construct of his complex mount of cell in his head. Growingly fascinated by the world of empirical research he ended up in scientific journalism via internships at spektrumdirekt.de and Gehirn&Info. When he's not busy critically classifying neuroscientific findings with a philosophically trained eye, editing texts by other authors from dasGehirn.info and looking after the question of the week, he tries to elicit interesting sounds from keyboard and laptop. 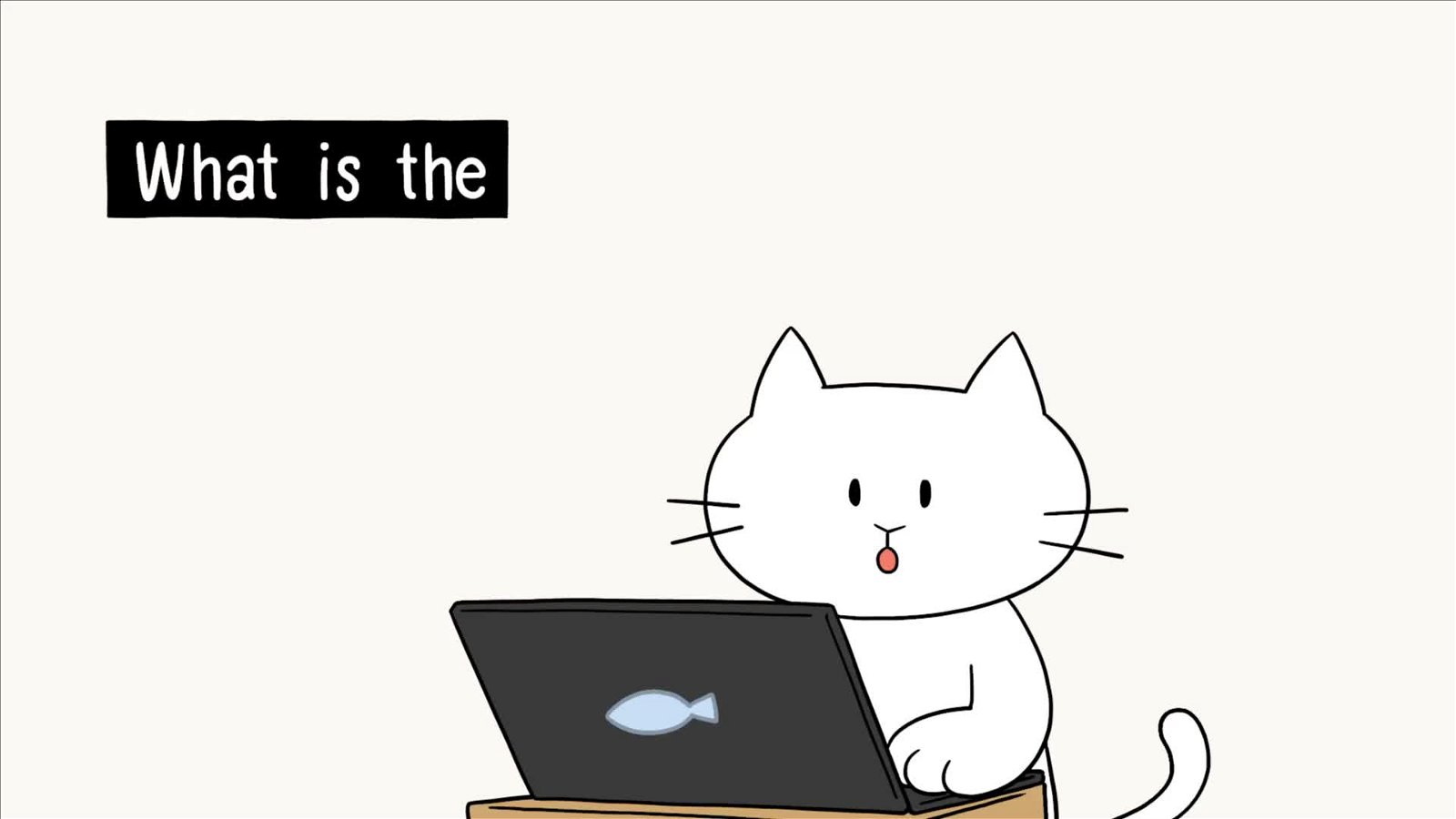