All living organisms are made up of cells - they are the basic building blocks of life. There are two important categories of cells: plant cells and animal cells. In this video we look at animal cells in more detail. Animal cells are the type of cell that make up our bodies... and the bodies of all types of creatures, from baboons and badgers, to blackbirds and beetles. Now many of our cells do different jobs, for example some cells make up our skin whilst others carry oxygen around in our blood. However they all share some common features - whether it is a nerve cell in your brain, or a skin cell in the toe of a frog. So what do you think are the main features of an animal cell? Firstly, the cell is surrounded by a cell membrane which is made of fat so that water can’t get through it. This membrane acts a bit like a plastic bag - holding the cell together, and keeping the contents safe inside. It also controls what comes in and out of the cell, and at what point. Within the cell there are several different compartments, or organelles, where particular jobs take place. The most important one of these is the nucleus – we can think of this as the brain of the cell, controlling all of its activities. The nucleus contains chromosomes which are made of a chemical called DNA, and these chromosomes act like recipe books - telling the cell what to do and when to do it. For example the chromosomes in the nucleus of a skin cell tell the cell how to make the skin pigment, melanin. Another type of compartment are these small cylindrical rods called mitochondria – we can think of these as the batteries, or power packs, of the cell. Inside the mitochondria a process called aerobic respiration takes place, which uses sugar from our food to produce energy. All cells need energy to carry out their functions, but particularly active cells like sperm cells, or muscle cells in the leg of a cheetah, will have many many mitochondria as they need lots of energy. There are also many smaller structures called ribosomes, which we can think of as the factories of the cell. At the ribosomes, the information stored in the DNA in the nucleus is used as a recipe to make all of the proteins needed by that particular cell. It is these proteins that actually carry out the jobs of the cell - for example the ribosomes of a red blood cell make tonnes of the protein haemoglobin, whose function is to carry oxygen. The nucleus, mitochondria and ribosomes are all swimming in a sticky liquid called the cytoplasm, which is full of dissolved sugar, ions and minerals. It is where a lot of the cell’s chemical reactions take place and contains many enzymes, which control these reactions. So these are the main features of animal cells – a cell membrane, a nucleus containing the chromosomes, mitochondria to produce energy, and ribosomes for protein synthesis - all bathed in the cytoplasm. JOIN our platform at www.fuseschool.org These videos can be used in a flipped classroom model or as a revision aid. Twitter: https://twitter.com/fuseSchool Access a deeper Learning Experience in the FuseSchool platform and app: www.fuseschool.org Friend us: http://www.facebook.com/fuseschool This Open Educational Resource is free of charge, under a Creative Commons License: Attribution-NonCommercial CC BY-NC ( View License Deed: http://creativecommons.org/licenses/by-nc/4.0/ ). You are allowed to download the video for nonprofit, educational use. If you would like to modify the video, please contact us: info@fuseschool.org Click here to see more videos: https://alugha.com/FuseSchool 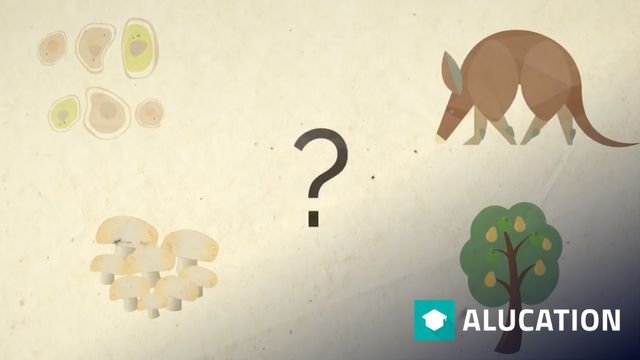