It's always nice to see what happens on gitlab and what we can finally release from CI to the live server. Besides the player, the dubbr is also our headquarters and so we are constantly working on innovations for you. 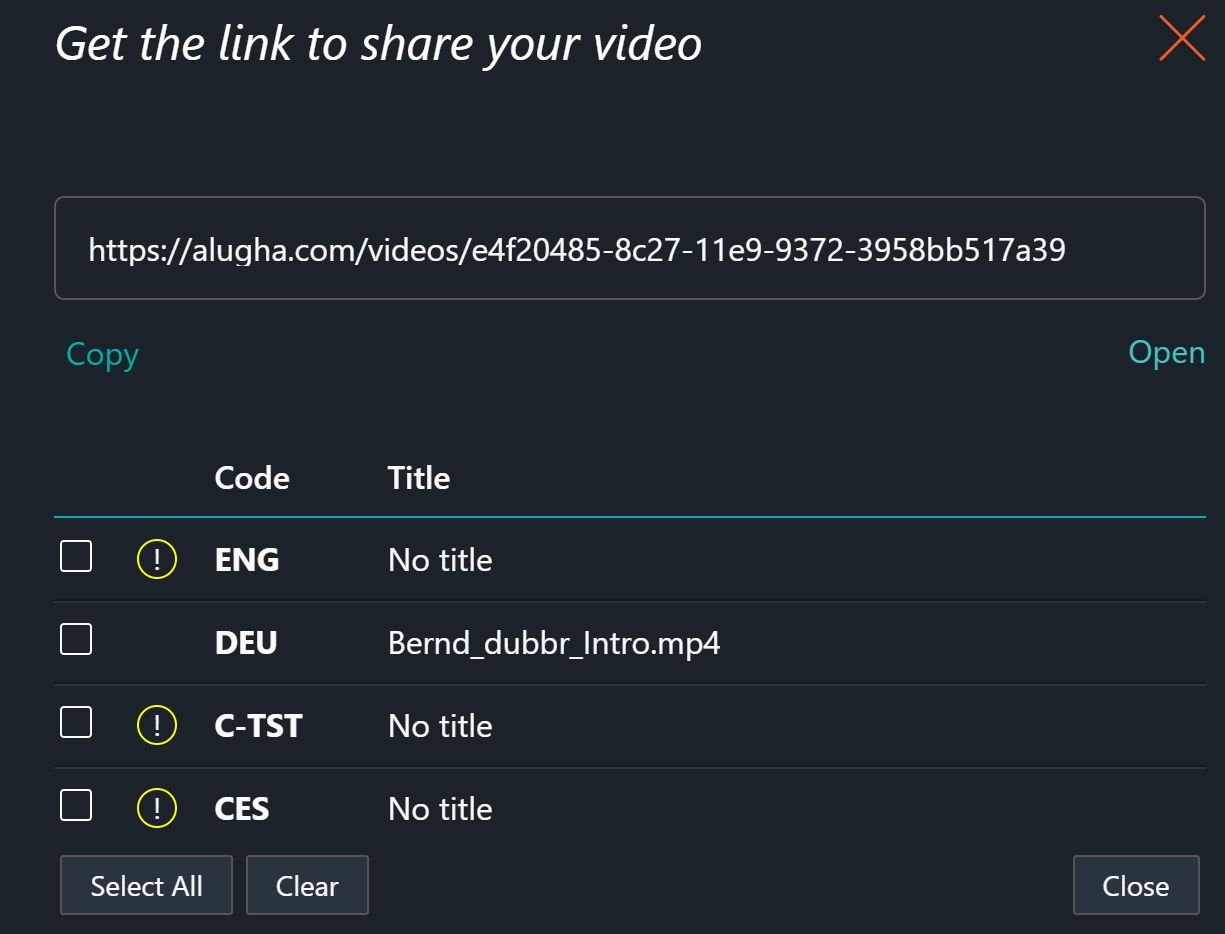 This update is very special for me. After working on the features for the dubbr for a long time, it was time to clean up and adapt the code and the functionality.

We have carried out a so-called code and feature splitting. So far, the dubbr has been split into its individual parts and functions, and we had worked our way up in the code itself, but now we've hit the nail on the head - we've consistently split it up in the backend, the code, and the frontend. So you were able to access your video project via a URL, which looked like "alugha.com/dubbr/videoID", and then open the side-by-side translation, the video info editor and the recording in the dubbr.

With the update we have outsourced everything to single tools, which are now also available directly via the URL, e.g. . alugha.com/dubbr/videoID/timeline, or alugha.com/dubbr/videoID/videoinfo... and can be accessed and managed. This is especially important for one of the big updates we are working on for you and which is very relevant for big companies like Netflix. The small but nifty side effect is that we could massively reduce the memory requirements and noticeably increase the performance. Now only those areas are loaded that are currently needed.

Also important for the above mentioned very large feature update, we now have a very special feature built in and it is a whopper! Until now you could set your video to "Private", "Not listed" and "Public". In one of the last updates I mentioned that we can edit audio and video completely detached from each other and now comes the next big step. You can now record any audio track in the dubbr and send it to others with a specially generated URL that they can view/listen to without having to give access to your entire dubbr project. The brilliant thing about this is that you can also use the "Share" function to share the video with others once you have accessed it via this URL. This will ensure more security and privacy for commercial and non-public projects.

Why do we release software that isn't 100% perfect? We want you to use the tools and provide feedback. Especially for a project like alugha, which is so complex and full of individual features, this is very important for everyone involved. Even though we ourselves are the most active users of all functions in the alugha universe, it is always nice to get feedback from outside users. Thanks to the Poetry Project team for coming across it. Up to now it was like our player got hiccups for certain bugs. Unfortunately, our player then refused the service. We optimized the troubleshooting and the player does moan (in the console), but then shakes itself briefly and resumes its service.

All in all a super exciting update and another step into the big wide world and our vision! Thanks to our developers, who work tirelessly to accomplish the things we crazy weirdos think up.

Stay Tuned... It's going to be BOLD soon!