GREEN GENERATION is a fun and educational animation series that combines entertainment with precise information in defence of the natural environment. It answers the questions that we often ask ourselves about nature, the future and the planet.

All the inhabitants of Planet Earth are experiencing a global crisis that is deadlier than all the wars and violence taking place in the world. No corner of our planet is free from this crisis.  It reaches from the Arctic glaciers to the hidden depths in the sea. This is an unfair emergency, where the most disadvantaged are paying for the consequences of the wasteful life of the privileged.

Why do we call Climate Change to the greatest crisis facing humanity? “Changes” can be for the better or for the worse … but Crises always force us to think over, seek for solutions and take action. So… why don’t we use the right words? What is actually the Climate Crisis?

Check out our episode guide at the end of the article after watching the episode!

On the first Earth Day in 1970, more than twenty million people flooded the streets of the United States demanding a healthy, safe and clean environment. That day of April the 22nd would go down in history as one of the largest demonstrations ever in the North American country. But who organized this very first day of environmental claim?

“We only have one earth, so we need to take care of her”

US senator Gaylord Nelson had a vision. After the terrible 1969 Santa Barbara oil slick, Nelson came up with the idea of ​​holding a national class on environmental education. He recruited Dennis Hayes, a young activist involved in protests against the Vietnam War, to organize what would eventually become Earth Day.

Together, Hayes and Nelson managed to get 10% of the American population to demonstrate in favour of the first environmental protection laws in the US. That first Earth Day gathered together, for the first time, many local groups under one idea: the struggle for the environment.

The youngest, in the first line of environmental defense

Nowadays, Earth Day is the most celebrated non-religious holiday in the world. More than 1 billion people in more than 190 countries mobilize for the planet every year. But the environmental fight is not a matter of one day in a year. More than 50 years later, young people like Dennis Hayes are in the first line of defense of Nature and the Planet.

Greta Thunberg and the fight for the environment

In August 2018, after the hottest summer in Europe’s history, a 15-year-old Swedish girl decided not to go to school on fridays until her country’s politicians took real action against the Climate Crisis. She wrote “school strike for the climate” on a poster and sat in front of the Swedish parliament. She did it alone the first day, but little by little she was joined by other classmates, friends and even strangers. Her action did not go unnoticed and helped raise awareness in favor of the defense of Nature.

Just three years after her first appearance, Greta Thunberg has already become the most recognizable face in the fight against the Climate Crisis. But she is not the only one. Before her, there were many attempts to raise awareness in favour of Nature.  A very young Severn Coullis Suzuki gave a heart-wrenching speech at the Rio Summit in 1992 to warn against the climate crisis. Later on, other initiatives have raised among youth and students such as those for the climate in Australia (2010), United Kingdom (2011) or the global school strike  coinciding with the Paris conference in 2015. As today, other girls and young women such as Alexandria Villaseñor or Licypriya Kangujam, have followed suit. In fact, these young activists have inaugurated this edition of Earth Day.

As a result of Greta Thunberg’s protests, Fridays for Future was born, an organization that brings together more than 14 million people in 7,500 cities around the world. Every Friday, on the streets or on social media, they continue to demonstrate for their future and for the Planet.

Green Generation, for the generation that will change the world

For young people like the members of Fridays for Future to take up climate action, they must first be properly informed. Environmental education is not just scientific. Children must understand that the climate crisis is also a complex social, political and economic issue. But in many countries this type of environmental education remains a pending issue, although it is increasingly important for the future of the next generations.

Green Generation is an animation series aimed at raising awareness among children about the Climate Crisis. The 5-minute chapters address different topics related to the protection of Nature and the defense of the environment, such as fossil fuels, zoonoses, the excessive use of plastic, etc. Our goal is to inform and educate about the great environmental challenges that we are facing and offer solutions to achieve, together, a better world.

To get our message across the world, we have expanded Green Generation into a universe of contents. We seek to make the world a more natural, sustainable, fair and supportive place.

Although environmental awareness is on the rise, this kind of critical projects are not very well received by the mainstream media. For decades, large corporations and multinational companies have enriched themselves by destroying the environment. They are the owners of the money and the media and they do everything possible to silence the voices which are critical of their activity. Green Generation’s message, in favor of a more natural, just and supportive world, clashes head-on with the practices of these great industrial monsters.

We are critical of their development model and their depredation of the environment. And although our work is expensive and requires a lot of time and a lot of work from highly specialized professionals, we refuse to receive funds from companies or institutions that are not firmly and effectively committed to protecting the environment. It is David’s fight against Goliath. The David of environmental thinking against the Goliath of a predatory system based on endless greed.

How can I support Green Generation on Patreon?

We have opened a subscription page on Patreon, a crowdfunding platform that allows people like you to directly support content creators. Our sponsors will have access to our animation episodes exclusively each month. Join us and you will get tools and resources to create environmental awareness and will become part of an active community in climate education and awareness.

We have created this short guide to facilitate and encourage mothers, fathers and educators to talk about the climate crisis with children. This small section complements the first episode of Green Generation, the Climate Crisis.

How can we explain the Climate Crisis to children?

We have created this short guide to facilitate and encourage mothers, fathers and educators to talk about the climate crisis with children. This small section complements the first episode of Green Generation, the Climate Crisis

Facts and thoughts on the Climate Crisis

Three activities to change our lifestyle

We do not want to scare children, but to educate them so that they become aware of how our actions and lifestyle affect the health of the planet. A simple way is to change habits at home or at school and be aware of the importance of individual actions. We recommend  to take easy actions like these: 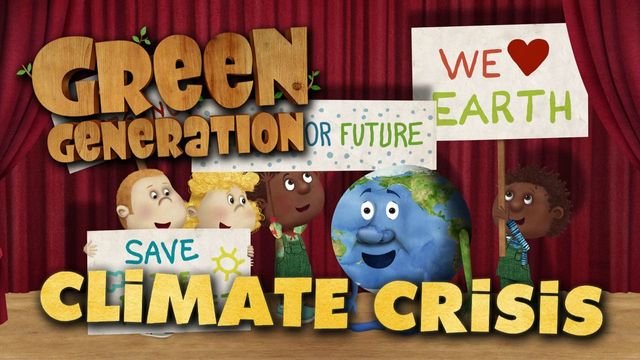 The Earth has an illness called climate crisis. It causes the extinction of species, desertification and pandemics, and many other natural disasters. This illness has been caused by humans, with our polluting vehicles and industries that cause global warming. Green Generation is the animation serie 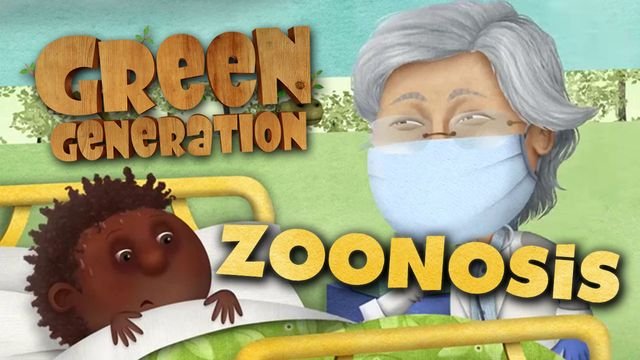 Virus are microscopic organisms that infect animals, pass from one to another and can cause illnesses. Normally, viruses are isolated in the wilderness, but when humans destroy nature and are in contact with wild animals who carry the virus, they can catch it and infect themselves, becoming ill and 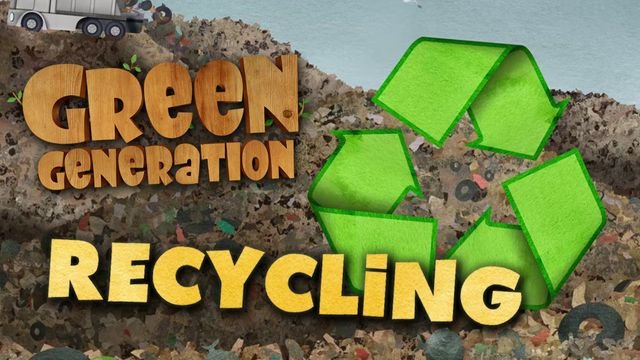 Recycling is the best way of reusing resources without having to extract more raw materials from the environment. Many every day objects can be recycled into others with a long shelf life: for example, from used glass bottles we can make new bottles and bulb lights. This episode is part of the rewa