One-Eyed Jacks is a 1961 American Technicolor Western film starring and directed by Marlon Brando; it was the only film he directed. It was originally planned to be directed by Stanley Kubrick from a screenplay by Sam Peckinpah, but studio disputes led to their replacement by Brando and Guy Trosper. Brando portrays the lead character Rio, and Karl Malden plays his partner, "Dad" Longworth. The supporting cast features Pina Pellicer, Katy Jurado, Ben Johnson and Slim Pickens. Rio (Marlon Brando) (also called "The Kid"), his mentor Dad Longworth (Karl Malden), and a third man called Doc rob a bank of two saddlebags of gold in Sonora, Mexico. Mexican rurales (mounted police) track them, catch them celebrating in a cantina, and kill Doc. Dad and Rio escape, but get trapped on a high ridge with only one horse between them. Rio figures the rurales will be "swarming all over us inside an hour." They decide one partner might succeed in riding to a nearby jacalito (small adobe house) and returning with fresh mounts. They gamble for it, with Rio fixing it so his pal, Dad, can be the one to go. Dad gets to a corral and straps the saddlebags of gold onto a fresh pony, but he gets second thoughts. He casts one eye towards a point on the ridge sure to be taken by the rurales, and with the other he gazes off in the opposite direction, towards the border and safety. One way leads to danger and a poor chance at survival with half the loot, the other towards certain safety with all the spoils. After a short moment of reflection he leaves his friend to be taken by the rurales. Rio is arrested and transported to prison by way of the jacalito, where he learns firsthand of Dad's betrayal. Rio spends five hard years in a Sonora prison. He escapes with new partner Chico Modesto (Larry Duran) and goes hunting for Dad. He discovers Dad has become the sheriff of Monterey, California. Instead of ambushing him, Rio gives him a chance to explain why he left him on the ridge back in Mexico. Rio himself claims he had never been captured, and as such has no reason to feel vengeful towards Dad. Dad's awkward, self-serving version of events is easily seen through, but Rio's story is no less implausible. In 2018, the film was selected for preservation in the United States National Film Registry by the Library of Congress. More on Wikipedia: https://en.wikipedia.org/wiki/One-Eyed_Jacks

Africa Screams is a 1949 American adventure comedy film directed by Charles Barton and starring Abbott and Costello. It parodies the safari genre. The title is a play on the title of the 1930 documentary Africa Speaks! The supporting cast features Clyde Beatty, Frank Buck, Hillary Brooke, Max Baer, 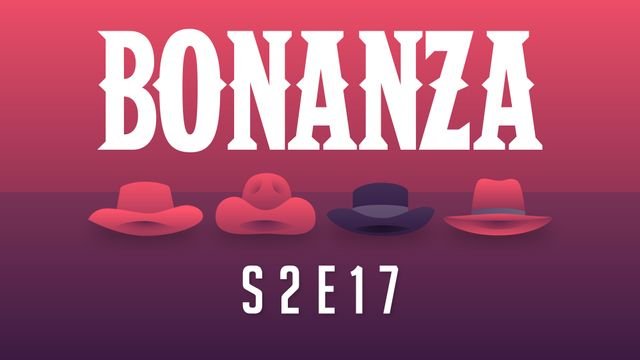 After Joe kills a man in self-defense who tried to set fire to the Ponderosa to clear himself some land, he has to take his lively, feisty, wild, daughter home, and she, and her relatives, are now determined to kill Joe. Joe tries to stop a homesteader he finds starting a fire on the Ponderosa and