Invoice Software - Generate Invoices with Many to one mail merge

Use EDocGen for generating invoices in bulk from your Excel/JSON/XML data. In this example, we perform Directory merge or many to one mail merge to produce invoices. Instead of producing one document for each Excel record, the software groups all records for a particular customer into a single document. In the sample Excel, we've two companies ABC & DEF. ABC has one invoice record and DEF has two. The invoice software produces two documents, one for ABC and another for DEF. Both the invoice records for DEF get merged into a single document. https://www.edocgen.com/blogs/many-to-one-mail-merge 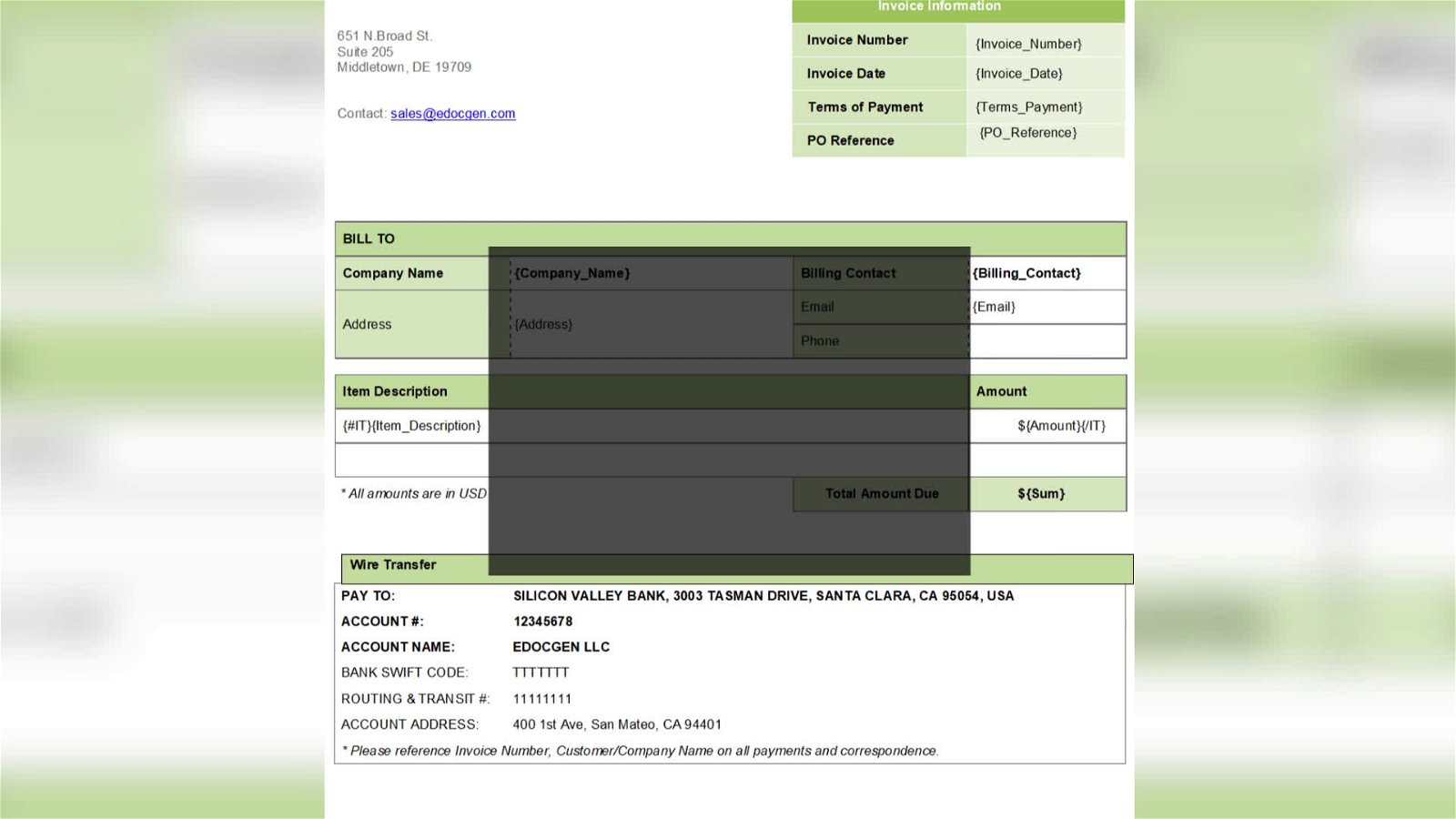 With the invoice receipt template and Excel data file, we create the payment receipts Click generate button and select to populate it through Excel. In next step, upload the Excel containing receipt data of companies ABC & DEF. You may map dynamic fields to Excel headers or skip this entire st