Sagebrush Trail (UK title An Innocent Man) is a 1933 American Pre-Code Western film with locations filmed at Bronson Canyon starring John Wayne and featuring Lane Chandler and Yakima Canutt (Canutt plays the leader of the gang as well as doubling for Wayne in several stunts). It was the second Lone Star Productions film released by Monogram Pictures. It was shown as An Innocent Man in the UK, and this version was later released in a colorized version on home video. Sentenced for a murder he did not commit, John Brant escapes from prison determined to find the real killer. By chance Brant's narrow escape from lawmen is witnessed by Joseph Conlon who goes by the name of "Jones". Giving Brant the name of "Smith" Conlon, Jones gets him into his outlaw gang hiding out in an abandoned mine. Brant attempts to disrupt the outlaw gang's robberies and comes closer to finding his man. More on Wikipedia: https://en.wikipedia.org/wiki/Sagebrush_Trail 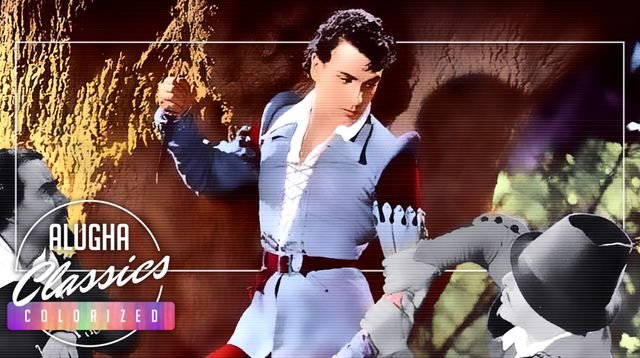