The Romans began to cover their empire with a network of paved roads from the third century BC. They were first used by the military, as marching and supply routes in the expansion and protection of the empire. Autor: ZDF/Terra X/SPIEGEL TV/Christopher Gerisch/Tilman Remme/Reiner Bauer, Oliver Gurr/Oliver Roetz, Philipp Klein/Hauke Ketelsen/Richard Sako Translation and redub: alugha Click here to see more videos: https://alugha.com/TerraX 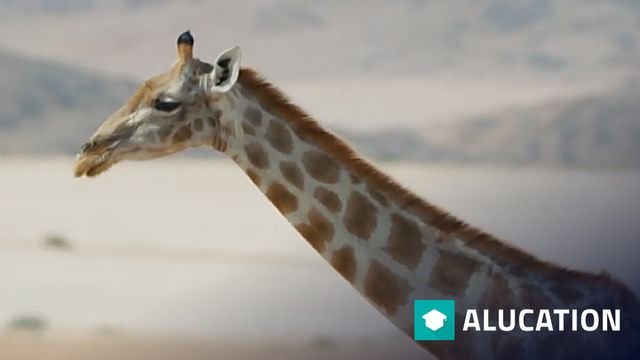 Structure and function of a giraffe neck

A giraffe's neck is up to 2.50 meters long, weighs around 250 kilograms and is held in place by only one tendon and seven cervical vertebras. It is a particular challenge to the vascular system when the giraffe bends its head down to drink. Author: ZDF/Terra X/R.Marel/C.Gerisch/SpiegelTV/Jochen Sch What does a Federal Chancellor do?

The Federal Chancellor is kind of like the boss of Germany. Together with the ministers, he or she makes political decisions or discusses new laws that apply throughout Germany. But there are also global problems to be solved. Authors: ZDF/logo/Romy Geiger/Renate Becker and Marion Brand Translatio