The Bat is a 1959 American mystery film starring Vincent Price and Agnes Moorehead. It is the fourth film adaptation of the story, which began as a 1908 novel The Circular Staircase by Mary Roberts Rinehart, which she later adapted (with Avery Hopwood) into the 1920 play The Bat. The first film version of the play was the 1926 American silent film The Bat. The film version was adapted by playwright Crane Wilbur, who also directed. Cornelia Van Gorder (Agnes Moorehead) is a mystery author who rents a summer home in a small town from local bank president John Fleming (Harvey Stephens). Over $1 million in negotiable securities is discovered missing from the bank while Fleming is on a hunting trip with his physician, Dr. Malcolm Wells (Vincent Price). In a cabin in the woods, Fleming confesses to Wells that he stole the securities. He offers to split the money with Wells in return for help faking his own death and threatens to kill him if he doesn't agree to help. When a forest fire breaks out nearby, Wells shoots Fleming and uses the fire to cover up the murder. Meanwhile, the town is being terrorized by a mysterious murderer known as "the Bat". The Bat is said to be a man with no face who murders women at night by ripping out their throats with steel claws. Van Gorder's maid Lizzie (Lenita Lane) tells her that most of the household servants have quit in fear of the Bat. As they lock up the house, Lizzie sees the Bat's clawed hand reaching through an unlocked door. Van Gorder calls the police, who promise to send officers to investigate. The Bat breaks into the house and releases a bat, which bites Lizzie. Lizzie fears she may have contracted rabies. Van Gorder calls for Dr. Wells to treat the bite. Wells is in his laboratory, doing experiments on bats. The local chief of detectives, Lieutenant Andy Anderson (Gavin Gordon), is watching through a window. When Wells leaves to answer Van Gorder's call, Anderson breaks into the laboratory and searches it. Wells checks Lizzie's wound and catches the bat that bit her. Anderson arrives shortly after and says an officer will watch the house for the rest of the night. The Bat was distributed in 1959 on a double bill with the British Hammer film The Mummy. Now in the public domain, The Bat is available for online download. More on Wikipedia: https://en.wikipedia.org/wiki/The_Bat_(1959_film) 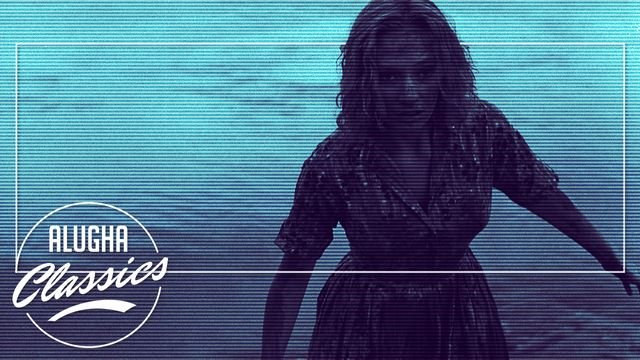 Carnival of Souls is a 1962 American independent horror film produced and directed by Herk Harvey and written by John Clifford from a story by Clifford and Harvey, and starring Candace Hilligoss. Its plot follows Mary Henry, a young woman whose life is disturbed after a car accident. She relocates t