Fifty years ago – in September 1968 – the legendary rock band Led Zeppelin first performed together, kicking off a Scandinavian tour billed as the New Yardbirds. 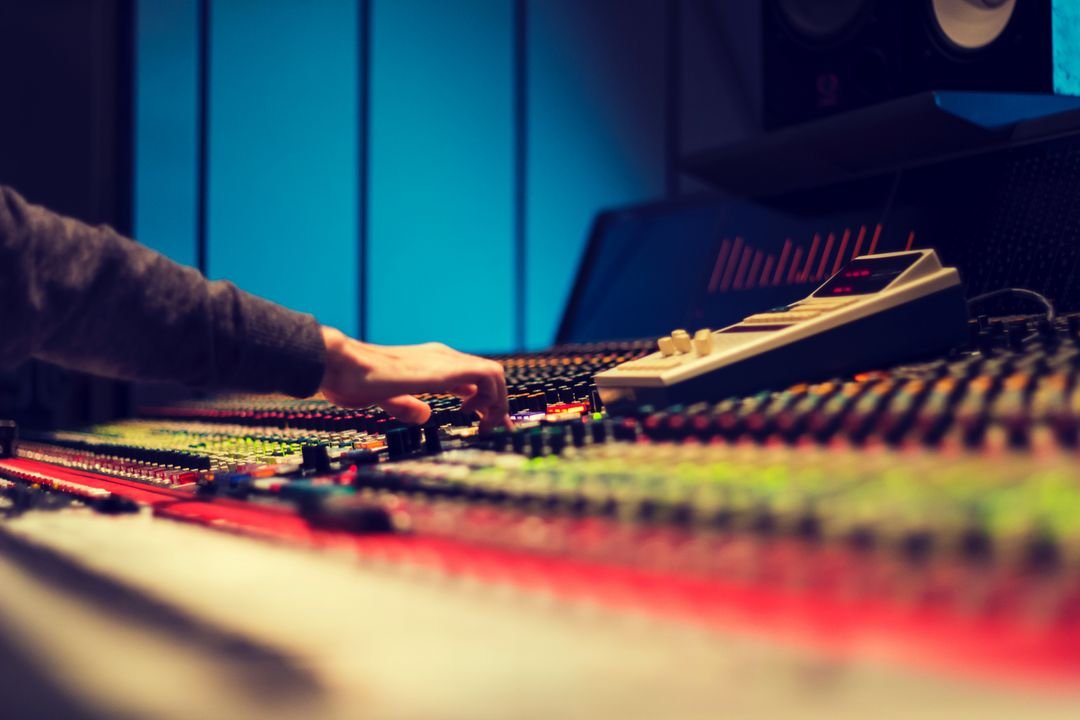 The new, better name would come later that fall, while drummer John Bonham’s death in 1980 effectively ended their decade-defining reign. But to this day, the band retains the same iconic status it held back in the 1970s: It ranks as one of the best-selling music acts of all time and continues to shape the sounds of new and emerging groups young enough to be the band members’ grandchildren.

Yet, even after all this time – when every note, riff and growl of Zeppelin’s nine-album catalog has been pored over by fans, cover artists and musicologists – a dark paradox still lurks at the heart of its mystique. How can a band so slavishly derivative – and sometimes downright plagiaristic – be simultaneously considered so innovative and influential?

How, in other words, did it get to have its custard pie and eat it, too?

As a scholar who researches the subtle complexities of musical style and originality as well as the legal mechanisms that police and enforce them, such as copyright law, I find this a particularly devilish conundrum. The fact that I’m also a bassist in a band that fuses multiple styles of music makes it personal.

A pattern of ‘borrowing’

For anyone who quests after the holy grail of creative success, Led Zeppelin has achieved something mythical in stature: a place in the musical firmament, on its own terms, outside of the rules and without compromise.

When Led Zeppelin debuted its eponymous first album in 1969, there’s no question that it sounded new and exciting. My father, a baby boomer and dedicated Beatles fan, remembers his chagrin that year when his middle school math students threw over the Fab Four for Zeppelin, seemingly overnight. Even the stodgy New York Times, which decried the band’s “plastic sexual superficiality,” felt compelled, in the same article, to acknowledge its “enormously successful … electronically intense blending” of musical styles.

Yet, from the very beginning, the band was also dogged with accusations of musical pilfering, plagiarism and copyright infringement – often justifiably.

The band’s first album, “Led Zeppelin,” contained several songs that drew from earlier compositions, arrangements and recordings, sometimes with attribution and often without. It included two Willie Dixon songs, and the band credited both to the influential Chicago blues composer. But it didn’t credit Anne Bredon when it covered her song “Babe I’m Gonna Leave You.”

The hit “Dazed and Confused,” also from that first album, was originally attributed to Zeppelin guitarist Jimmy Page. However in 2010, songwriter Jake Holmes filed a lawsuit claiming that he’d written and recorded it in 1967. After the lawsuit was settled out of court, the song is now credited in the liner notes of re-releases as “inspired by” Holmes.

The band’s second album, “Led Zeppelin II,” picked up where the first left off. Following a series of lawsuits, the band agreed to list Dixon as a previously uncredited author on two of the tracks, including its first hit single, “Whole Lotta Love.” An additional lawsuit established that blues legend Chester “Howlin’ Wolf” Burnett was a previously uncredited author on another track called “The Lemon Song.”

Musical copyright infringement is notoriously challenging to establish in court, hence the settlements. But there’s no question the band engaged in what musicologists typically call “borrowing.” Any blues fan, for instance, would have recognized the lyrics of Dixon’s “You Need Love” – as recorded by Muddy Waters – on a first listen of “Whole Lotta Love.” Dipping into the commons or appropriation?

Should the band be condemned for taking other people’s songs and fusing them into its own style?

Or should this actually be a point of celebration?

The answer is a matter of perspective. In Zeppelin’s defense, the band is hardly alone in the practice. The 1960s folk music revival movement, which was central to the careers of Baez, Holmes, Bredon, Dixon and Burnett, was rooted in an ethic that typically treated musical material as a “commons” – a wellspring of shared culture from which all may draw, and to which all may contribute.

Most performers in the era routinely covered “authorless” traditional and blues songs, and the movement’s shining star, Bob Dylan, used lyrical and musical pastiche as a badge of pride and display of erudition – “Look how many old songs I can cram into this new song!” – rather than as a guilty, secret crutch to hold up his own compositions.

Why shouldn’t Zeppelin be able to do the same?

On the other hand, it’s hard to ignore the racial dynamics inherent in Led Zeppelin’s borrowing. Willie Dixon and Howlin’ Wolf were African-Americans, members of a subjugated minority who were – especially back then – excluded from reaping their fair share of the enormous profits they generated for music labels, publishers and other artists.

Like their English countrymen Eric Clapton and The Rolling Stones, Zeppelin’s attitude toward black culture seems eerily reminiscent of Lord Elgin’s approach to the marble statues of the Parthenon and Queen Victoria’s policy on the Koh-i-Noor diamond: Take what you can and don’t ask permission; if you get caught, apologize without ceding ownership.

Led Zeppelin was also accused of lifting from white artists such as Bredon and the band Spirit, the aggrieved party in a recent lawsuit over the rights to Zeppelin’s signature song “Stairway to Heaven.” Even in these cases, the power dynamics were iffy.

Bredon and Spirit are lesser-known composers with lower profiles and shallower pockets. Neither has benefited from the glow of Zeppelin’s glory, which has only grown over the decades despite the accusations and lawsuits leveled against them.

A matter of motives

So how did the band pull it off, when so many of its contemporaries have been forgotten or diminished? How did it find and keep the holy grail? What makes Led Zeppelin so special?

I could speculate about its cultural status as an avatar of trans-Atlantic, post-hippie self-indulgence and “me generation” rebellion. I could wax poetic about its musical fusion of pre-Baroque and non-Western harmonies with blues rhythms and Celtic timbres. I could even accuse it, as many have over the years, of cutting a deal with the devil.

Instead, I’ll simply relate a personal anecdote from almost 20 years ago. I actually met frontman Robert Plant. I was waiting in line at a lower Manhattan bodega around 2 a.m. and suddenly realized Plant was waiting in front of me. A classic Chuck Berry song was playing on the overhead speakers. Plant turned to look at me and mused, “I wonder what he’s up to now?”. We chatted about Berry for a few moments, then paid and went our separate ways.

Brief and banal though it was, I think this little interlude – more than the reams of music scholarship and journalism I’ve read and written – might hold the key to solving the paradox.

Maybe Led Zeppelin is worthy because, like Sir Galahad, the knight who finally gets the holy grail, its members’ hearts were pure.

During our brief exchange, it was clear Plant didn’t want to be adulated – he didn’t need his ego stroked by a fawning fan. Furthermore, he and his bandmates were never even in it for the money. In fact, for decades, Zeppelin refused to license its songs for television commercials. In Plant’s own words, “I only wanted to have some fun.”

Maybe the band retained its fame because it lived, loved and embodied rock and roll so absolutely and totally – to the degree that Plant would start a conversation with a total stranger in the middle of the night just to chat about one of his heroes.

This love, this purity of focus, comes out in its music, and for this, we can forgive Led Zeppelin’s many trespasses.

Aram Sinnreich is an Associate Professor at American University's School of Communication, and author of the books Mashed Up (2010) and The Piracy Crusade (2013). His work focuses on the intersection of culture, law and technology, with an emphasis on subjects such as intellectual property, surveillance, futurism and music. This article was initially published in the "The Conversation".

4:13
AppSumo Presents: Alugha (Multilingual Version)
Ever wanted to host videos and expand your audience across language barriers without the headache of dealing with complicated tech or file formats? Well, today is your lucky day because alugha launches their once in a lifetime deal on Appsumo. Get lifetime access to the complete alugha video transl
ara | deu | eng | spa

1:10
The alugha dubbr
Do you know the alugha dubbr? A simple tool which offers an easy way to connect multiple languages to one online video and let your message reach your international audience!
ara | c-中文 | deu | ell | eng | fra | hin | jpn | kor | mar | pol | rus | spa | srp | zho
This website uses cookies to ensure you get the best experience on our website. Learn more in our privacy policy.